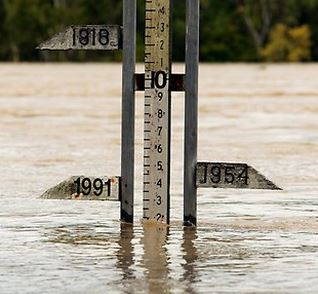 Two plans to deal with current and future flood risks along the shores of Brisbane Water and Erina Creek were adopted by Gosford Council on December 8.

Gosford mayor, Cr Lawrie McKinna said both plans were an important part of Council’s efforts to tackle the flood threats facing residents in these areas. “Brisbane Water has a unique layout, is close to the ocean, and many residents live in its low-lying foreshore areas,” Cr McKinna said.

“The plans we’ve adopted recommend a series of mitigation actions to manage flood risks within and around Brisbane Water and Erina Creek. “Key actions include amending planning requirements, improving emergency responses, upgrading infrastructure, and boosting the community’s understanding of flood risks,” he said.

Both plans were adopted by the Council following extensive community consultation this year. “I would like to sincerely thank every member of the community who provided feedback on these plans, especially those who were able to attend our information sessions,” Cr McKinna said.

“I’d also like to assure the community that we have carefully considered the effect any flood mitigation actions might have on property values or insurance premiums, and other development issues, as part of the plans.”