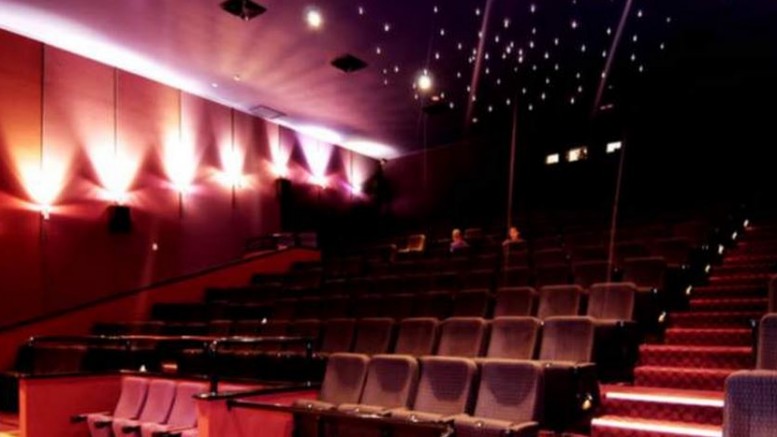 A successful community campaign to save a cinema in the state’s north has given renewed hope to members of the Avoca community who want the Avoca Beach Picture Theatre to remain in its current form.

Mr Mike Rubbo, one of the main campaigners against the redevelopment of the theatre into a six-screen complex, argues that the Central Coast community could learn from the community of Sawtell’s successful campaign to save its historic cinema.

According to Mr Rubbo, heritage officer for Avoca Theatre Preservation Inc, the town of Sawtell, on the NSW coast just below Coffs Harbour, has had an historic cinema since 1941, built just ten years before the theatre at Avoca.

“Like Avoca, Sawtell was owned by a single family all its long life, the Brissetts,” Mr Rubbo said. The Sawtell cinema closed on December 30, 2012. “The cost of going digital was reputedly the straw that broke the camel’s back for the Brissett brothers, Coll and Barrie,” Mr Rubbo said.

For several years it remained an empty building on Sawtell’s main street until the local community, “missing their cinema greatly”, got together to bring it back to life. A collective 19 ‘angels’, 17 of them locals, stumped up $2 million to buy the place to reopen it. But how to make it viable? “Coll Brissett had said that the solution was two screens so, with that as their goal, the angels commissioned plans that would divide the big screen into two, one 139 seats and the other 49 seats,” Mr Rubbo said.

According to Mr Rubbo, the Sawtell community also strove to preserve the historic qualities of the cinema, which was heritage listed. G2 Architects, also locals, were hired and keen to help as Mr Oliver Gee had been married in the theatre.

“With the plans done, the DA was submitted to Coffs Harbour council and passed easily. “But there was a problem. “$2 million covered the building purchase and the splitting of the single screen into two, but how would they pay for the chairs and screens? “They were short $75,000 and so the committee leapt into crowd funding with chuffed.org, the non-profit crowdfunding people.”

With everyone on the same page, a media funding blitz began. Newspapers and radio helped, with David Stratton, former SBS movie reviewer lending his voice. “Cinema is part of our lives,” said Mr Stratton. “Make Sawtell your cinema,” he said.

Within a short time, the committee had raised the $75,000 and so they pushed on for $125,000, hoping to pay for the two screens as well. That goal passed, and chuffed indeed, they kept on going. “It was almost magical, the community enthusiasm. “A few days ago, with $142,000 in the kitty, they closed the campaign, the whole community as one behind their cinema, now due to re-open in December,” Mr Rubbo said.

“Compare this with the sad and divided mood here in Avoca as the protests against our cinema becoming a multiplex, drag on, year after year. “It’s now 10 years since the community proposed two screens for Avoca, the Sawtell solution, as a compromise,” he said. “But the Hunters [Avoca Theatre’s owners] weren’t listening then nor now, opting fi rst for three screens, then five and more recently, for six screens.

“Ten years, and no amount of community protest and anguish has been able to shake their resolve. “Unlike Sawtell, we are not allowed to help, only protest.” Mr Rubbo said a petition signed by 5,000 supporting a two-screen option for Avoca was collected in the mid- 2000s.

“As was another petition for heritage listing around the same time which garnered almost 3000 signatures. “The Hunters were not impressed, just a vocal minority, has always been their view. “A vocal minority that threatens their very survival, they say, since cinemas like theirs are ‘dinosaurs’.

“Meanwhile a dinosaur is romping back to life in a happy and united community 500km to the north. “Dinosaurs have come back to life in Mount Victoria with Mount Vic Flics, and in Newcastle with the Regal proving small, charming cinemas have a future and that people will fight for them.”

Mr Rubbo said it is unfair to now start a petition against heritage listing Avoca Theatre “when both the NSW Heritage Offi ce and the National Trust insist that the theatre is a historical building. “Why not, like Sawtell, embrace heritage and make it part of the business plan?

“We ask the Hunters to please accept the wisdom of the recent Council decision against their plans, and to stop the divisiveness by giving us something we can all get behind like Sawtell,” he said.