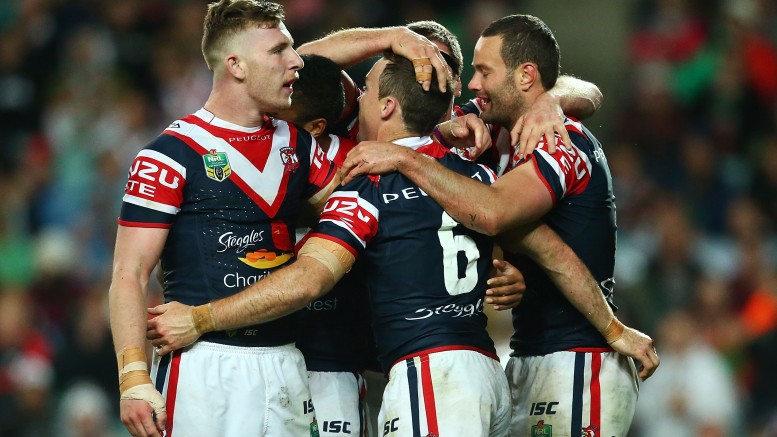 Following the news that the Sydney Roosters rugby league club will face the Manly Warringah Sea Eagles in the final trial match of the 2015 NRL season on February 21 at Central Coast Stadium, the club announced it will be making the pre-season fixture an annual event for the next four years.

Both Clubs have strong followings across the Central Coast. The Roosters have formed a partnership with the Central Coast Division Rugby League as well as the Wyong Roos, who will represent the Foundation Club in the NSW Cup, while the Sea Eagles have regularly taken NRL games to the area over many years.

“We’re pleased to enter this partnership with the Sea Eagles that will see each of our three grades feature in an annual trial over the next four years,” said Roosters Chief Operating Officer Football Mr Brian Canavan. “With more than 5,500 participants in the region, the Central Coast has a strong rugby league supporters base, and with next month’s trial locked in at Central Coast Stadium, we’re looking forward to engaging with the community to promote our code in lead-up to the day,” added Canavan.

Sea Eagles CEO Mr Joe Kelly echoed the sentiments, and said he was excited the Club would be playing such a competitive side over the coming years. “We’ve been two of the benchmark sides in recent seasons, so to secure a trial like this over the next four years is a real coup for both Clubs,” Kelly said.

“Both the Roosters and Sea Eagles have a fantastic relationship with the community on the Central Coast, with many loyal members from the region, so it’s great to see this in the diary for 2015 and beyond,” he added. Manly Warringah Sea Eagles and Sydney Roosters head coaches Geoff Toovey and Trent Robinson said they were both pleased to have an annual trial locked in for the next four years.

“While there are no points on the line in these matches, they are vitally important for each player, as well as the coaching staff, to ensure they will be 100% ready and committed for the rigours of another grueling NRL season,” said Toovey. “I’m sure Trent [Robinson] will have his side fully prepped and ready, as he always does, but we’ll be just as ready and are looking forward to the early season match up against a quality rival,” he added.

“Manly have been a benchmark side over the last decade, and it will be a great measure for each of our squads to test themselves in lead-up to the season over the next four years,” said Robinson. The day will feature each of the Club’s top three grades, as well as membership, merchandise and community information available for both Roosters’ and Sea Eagles’ members and supporters.