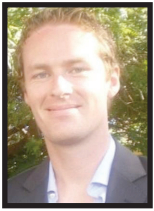 Former Terrigal High School student Tori Johnson was one of the two hostages who died as a result of the Martin Place siege on Monday, December 15.

Johnson, 34, was the manager of the Lindt Chocolate Cafe and was shot after he allegedly tried to wrestle the gun from gunman Man Haron Monis who was shot by police. Tori later died in hospital. Sydney mother of three Katrina Dawson was also shot and died of a heart attack. According to the ABC, Gosford solicitor Manny Conditsis represented Monis last year for a number of offenses, including being an accessory to his exwife’s murder, but he was granted bail. “Knowing he was on bail for very serious offences, knowing that while he was in custody some terrible things happened to him, I thought he may consider that he’s got nothing to lose,” Mr Conditsis told the ABC. “Hence participating in something as desperate and outrageous as this. “This was a one-off random individual. “It was not a concerted terrorism event or act. “It was a damagedgoods individual who did something outrageous,” he said.

A Puppy is not a Toy; The trials of animal care often neglected