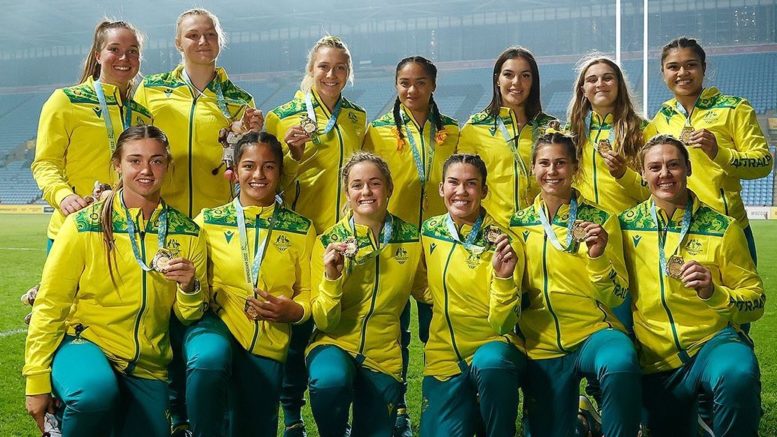 From Friday to Sunday, July 29 – 31, the Aussies logged the second highest points difference across four wins and one loss, ultimately performing when it really mattered to take out first place.

In the opening two Group Stage matches, they found unbridled success against South Africa and Scotland with a combined total of 88 unanswered points.

However, staunch opposition came from Fiji and New Zealand, the former of these defeating Australia in their final Group Stage match, 12 – 19.

After finishing second place in Pool B, Australia played a Semi-Final against their ANZAC rivals, coming away with a 12 – 17 win that involved 12 unanswered point in the second half to take the lead after falling behind.

The Grand Final was against Fiji, who defeated Canada in Semi-Final 2 by 24 – 7, wherein Australia rushed ahead with 17 unanswered points in the first half and ended the match ahead by 22 – 12.

Nathan was a crucial element behind Australia’s win, scoring four tries throughout the competition including the first two tries of the Grand Final.

She played in all five matches across three days and earned a gold medal in her debut appearance at the Commonwealth Games.