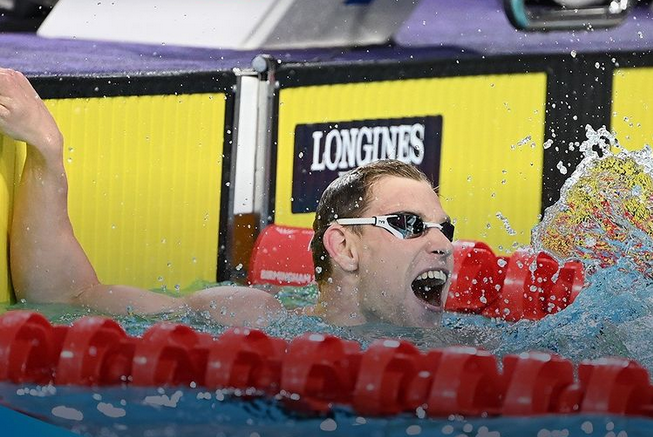 Kanwal’s Bradley Woodward has won a bronze and silver medal at the 2022 Birmingham Commonwealth Games in the 100m and 200m Backstroke events, on Saturday July 30 and Tuesday August 2.

In the former of these events, Woodward finished in 54.06 seconds, behind second place Englishman Brodie Williams in 53.91 and first place South African Pieter Coetze in 53.78.

With 18 year old Coetze leading at the 50m turn and Williams 0.38 seconds behind in third, Woodward had to come from behind and overtake New Zealander Andrew Jeffcoat and claim the bronze medal.

Woodward showed a strong start, initially leading Williams though remaining behind fellow English contender, Luke Greenbank (who finished fifth). Williams overtook Woodward at the 100m mark and overtook a fatiguing Greenbank over the final 50m. Woodward held his position behind Williams with Coetze rushing late to fall in close behind.

Woodward missed out on doubling his medal tally from the 2018 Gold Coast Commonwealth Games by 0.05 seconds, finishing in fourth place in the 50m Backstroke Final on Monday, August 1. Nonetheless, the Central Coast swimmer has a Commonwealth medal count of five, with one gold, three silver and one bronze.