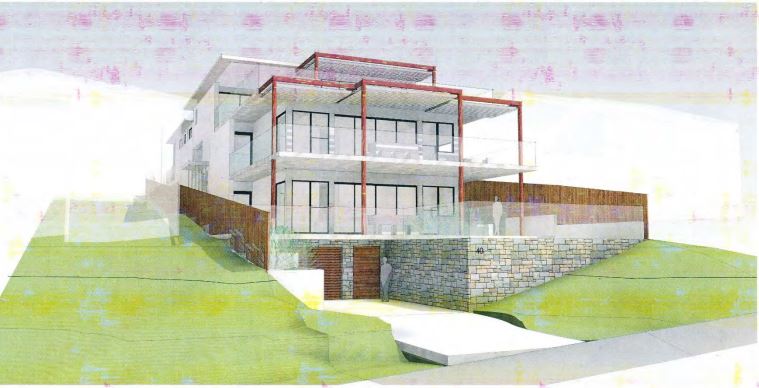 Three residential flats in an older-style building in Terrigal will be demolished to make way for a new modern block of units in a $1.9M rejuvenation.

The flats at 40 Willoughby Rd have been continuously occupied since being built in the 1960s.

Plans being considered by Central Coast Council are under existing use rights although residential flats on the site became a prohibited use following planning amendments rezoning the site to R2 low density residential under Gosford Local Environmental Plan 2014.

As the 695sqm site has two street frontages, five garage spaces will be in basement parking off Ogilvie St and the other two will have driveway access off the Willoughby Rd.

A Statement of Environmental Effects with the development application (284/2022) says that the proposal, at 8.1m high, complies with the maximum building height standard of 8.5m and the floor space ratio surpasses the development standard.