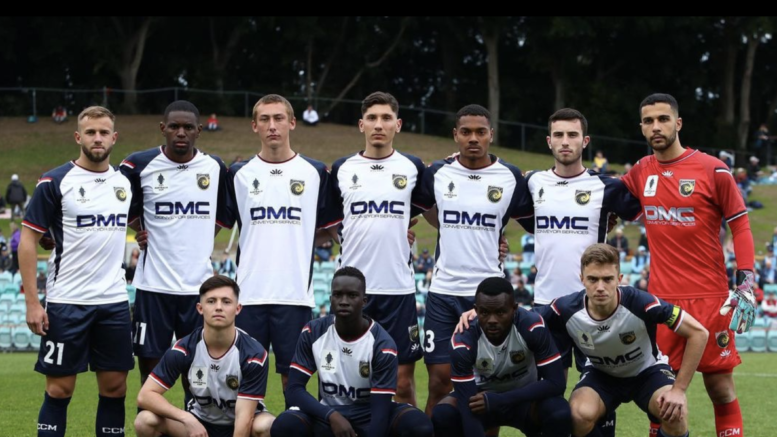 The Central Coast Mariners were narrowly defeated by Sydney FC in a penalty shoot-out after a thrilling 3 all extra time ‘Australia Cup’ match at Leichhardt oval on Sunday evening.

Hundreds of loyal Mariners fans made their way to the suburban ground on Sunday afternoon in an old school mid-winter football experience.

The Mariners have experienced a mini exodus of players during the off season with star keeper Mark Biragitti and Costa Rican striker, Marcos Urena, among the key players exiting the club for various reasons, posing a major challenge for Coach Monty and his coaching staff.

However, such changes give opportunities for up and coming players, including Max Balard who was named captain for the first time in his Mariners career.

The new Mariners squad got the scoring underway just 14 minutes into the match when Béni Nkololo found some open space for a goal after a trademark run inside the box.

Sydney answered in the 29th minute when Dan Hall pinged Sydney FC attacker Max Burgess inside the box, the resulting penalty made the score 1-1.

Then in the 42nd minute Sydney took the lead with a goal from Caceres who found the back of the net from point blank range, beating lead Mariners keeper Yaren Sozer and giving the Sky Blues a 2-1 lead into half time.

Shortly after the break, the Mariners were opened up when Burgess tapped home a cross from teammate Segecic, bringing the score to 3-1 for Sydney FC.

Then in the 53rd minute Mariners newcomer Michael Ruhs scored after a rebound from teammate Ayongo sending the Mariners fans into overdrive.

Then Monty struck with a surprise double substitution – Kuol and Aquilina off, Cummings and Roux on.

Ten minutes later Dan Hall was sent from the field following his second yellow and the Mariners were down to 10 men.

The young team fought on, in a classic battle that Sydney FC rightfully felt they had stitched up, but in the final five minutes of stoppage time, rising star player Michael Cummings flicked a header into the back of the net, equaling the scores 3-3 and forcing the game into extra time.

But after the extra two sessions of football, the scores remained even and the teams were sent into a penalty shootout.

Alas, with a save from FC’s Redmayne and a few wayward strikes from Farrell and Storm Roux, Sydney won the shootout and will progress to the next round at the expense of the Mariners.

While the team will no doubt be disappointed, this newly configured young squad has showed that it will be a force to be reckoned with come the start of the A-league season in October.