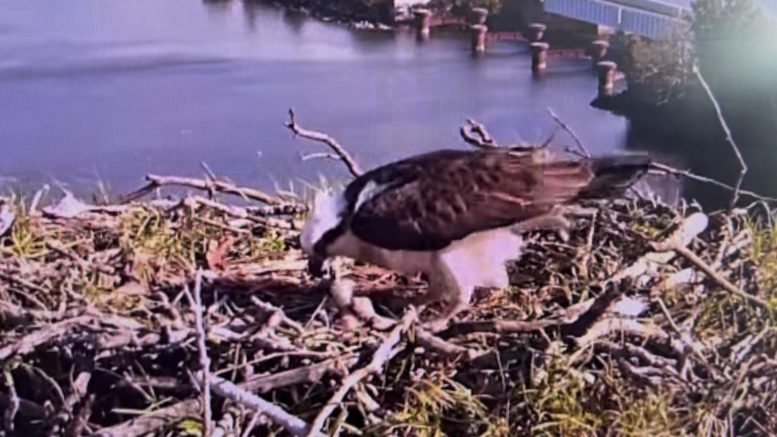 The August 1 hatchings have caught bird watchers by surprise as initial estimates were that the nesting couple were expecting chicks around the middle of the month.

“Mum is keeping them wrapped up most of the day but we got a first glimpse of the chicks today,” confirmed Mick.

“We can expect daily deliveries of fish to the nest from this point on as the family will get through 8 to 10 fish per day and the little ones will grow big and fluffy in quick time.“

“The chicks will be fully developed before they leave the nest if we go by past experience.

The nesting pair have been named Rosie and Hutch by locals, and the news that the birds were expecting chicks created a great deal of interest on the Coast and among bird watchers and environmental groups.

See the first live pictures of the Osprey chicks can be viewed on the Central Coast Stadium social media page.