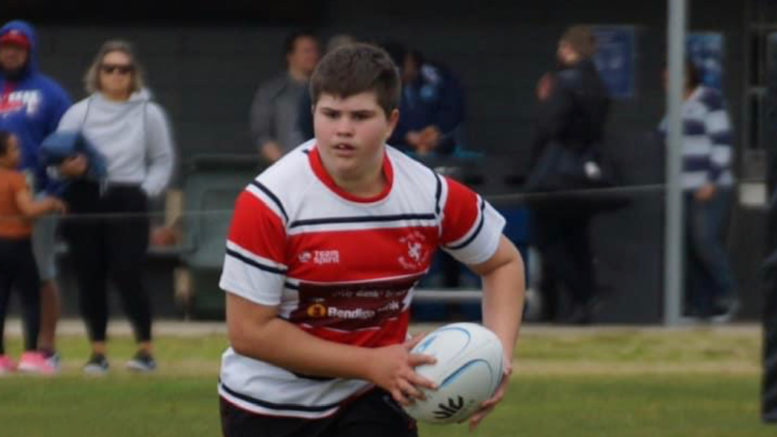 Jack Morrison will play his 200th game this Saturday, July 30 in Newcastle.

“Jack has been playing since he was six, and he’s 16 now, so that’s ten years that he’s dedicated to the club,” Muldrock said.

“He has always helped out at the canteen and is just one of those kids that puts his hand up to help out with everything; he’s a great player and has been selected for representative rugby several times.

“He has good sportsmanship, always checks up on his teammates, and he’s a very helpful, hard worker.”

Jack’s father, Gary Morrison, said he was very proud of his son’s achievements on and off the field.

“He’s been ambitious since he was a little kid and always dreamed of playing first grade for Woy Woy,” Gary said.

“I was previously President for Junior Rugby, and I am still the Registrar for Central Coast Junior Rugby Union, so he’s always been around and involved in the sport.

“He’s won Club Person of the Year at Woy Woy for his efforts on and off the field… he’ll jump on the barbeque or help set up the fields for events even if it isn’t for the Woy Woy club.”

The Year 11 student at Brisbane Water Secondary College has also been recognised as a valued member of the Ocean Beach Surf Life Saving Club.

“He was awarded Junior Surf Lifesaver of the Year a couple of years ago, and he also plays floorball at the Peninsula Leisure Centre,” Gary said.

“They just recently made second in the Under 19s and second in the Junior Australian Floorball Open, which was held in early July.”