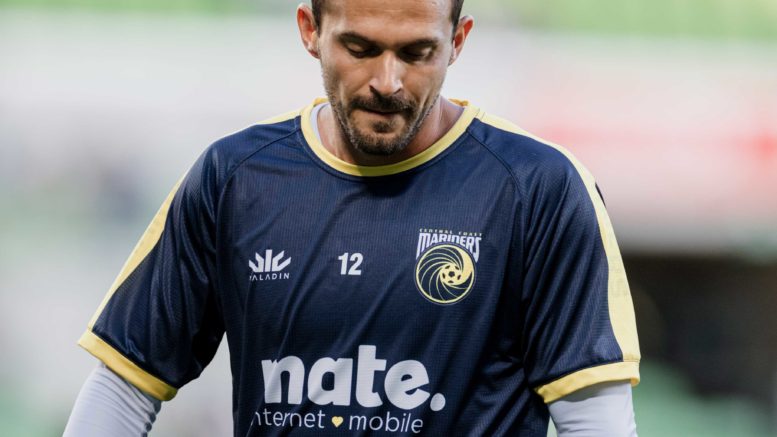 After two seasons with the Mariners, Marcos Urena will return home to Costa Rica

Costa Rican striker, Marcos Urena has been released from his contract with the Central Coast Mariners upon request.

Urena has cited family reasons for the exit and has shown his intentions to return to his home nation.

“I would like to thank Central Coast Mariners and all its supporters for giving my family an amazing experience in the past two seasons,” Urena said.

“My family is disappointed to be returning home but I must return to Costa Rica for family reasons.

Urena has been a common staple in the Mariners’ team over the past two seasons, scoring a total of 12 goals across 48 games.

Urena’s departure adds to the growing list of seasoned players to be leaving the Mariners, including star goalkeeper, Mark Birrighitti who will join Dundee United, socceroos Kye Rowles (Edinburgh Hearts) and Ruon Tongyik (Western Sydney Wanderers), Lewis Miller (Hibernian F.C.) and former captain Oli Bosanic who confirmed last month he had also signed with the Western Sydney Wanderers for the next next two A-League seasons.

On a more positive note, the club announced it had retained the services of up and coming players Jacob Farrell and Harry Steele.

Farrell will be staying with the Central Coast Mariners for the next three years after a strong breakout season in which he made 25 league appearances including an F3 Derby goal on his Isuzu UTE A-League Men’s debut.

Farrell spent much of his teenage years developing his footballing skills in the academy under the leadership of Nick Montgomery and Sérgio Raimundo.

Midfielder Harry Steele will also remain at the club for the next three years.

Steele made the starting position for the Mariners in last season’s elimination final in Adelaide.

“Harry has been at the club for a number of years and I even coached him at under-16 level so I have seen his progression over the years,” Head Coach Nick Montgomery said.

“He was a big part of our team last season, featuring in the Cup final and elimination final so he is no stranger to big occasions. We are very happy to have Harry continuing his career at the club and there is a lot more to come from him.” Montgomery added.

The Mariners also announce earlier this month they had signed 25-year-old Paul Ayongo on a two-year deal from the Liga Portugal 2.

The Central Coast Mariners will take on Sydney FC in the Australia Cup Round of 32 on July 31.