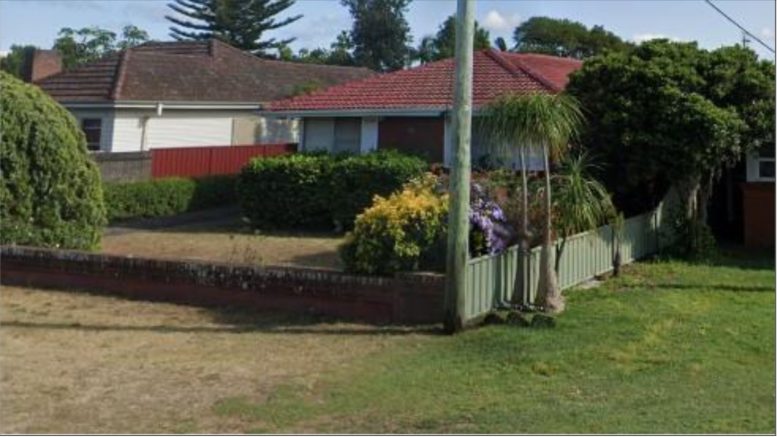 The proposed site of the development

An application to build three townhouses on a block in Paul St, Umina Beach, will be considered by the Central Coast Local Planning Panel on July 21, with a recommendation for approval from Council.

Downgraded from a previous application for four townhouses, the new application seeks consent for the demolition of the existing dwelling and the erection of three three-bedroom town-houses with front courtyard fencing.

Vehicular access is proposed via a central driveway to separate garages provided for each unit.

A Statement of Environmental Effects (SEE) lodged with the application says the proposed units provide sufficient areas to store mobile waste collection bins away from the street and clothes drying areas that would be screened from other dwellings and the public domain.

“The proposal would cater for the housing needs for the local population within the Gosford LGA,” the SEE says.

“(It) would be compatible with the surrounding land uses and allow the construction of additional dwellings in line with the needs of the community, maintain the informal qualities of existing wide grassy street verges and conserve existing shady street trees.”

The SEE says a combination of trees and shrubs would be planted around courtyards and along all property boundaries with hedges or low fences to complement the informal character of existing garden frontages.

It says the development would be commensurate with the “evolving style and density of multi-unit development within the medium density zone on the Peninsula”.

It says the proposal maintains reasonable levels of visual amenity for neighbouring properties, with various materials to be used to giver a light-weight appearance.

“The multi-dwelling development would incorporate pitch roofing that would echo the traditional bungalow roof forms that were established in the post-WW11 era within the Peninsula area,” it says.

“Careful design and material choice has been undertaken in the architectural treatment of the façades,” the SEE says.

“The colouring of the solid walls would constitute a light earthen tone and incorporate a break in form with the implementation of vertical elements.”

Sixteen submissions have been received on the proposal, with residents outlining numerous concerns.

One submission says the project is not compatible with the future character of the street as desired by nearby residents and claims proposed set-backs are non-compliant and don’s allow for privacy and sufficient separation from neighbours.

“It is impossible to maintain visual amenity for neighbouring properties when side setbacks leave no room for planting of trees that would allow separation from the neighbours,” the submission says.

Other concerns raised in the submissions include: impacts to on-street parking, overshadowing, social and visual amenity; and the cumulative impacts of over-development.

One submission claims statements in the SEE that the area is “characterised by primarily medium density housing” are misleading, with only one medium density property located on Paul St, to the west of the proposed development.

Some residents are concerned that in a street which floods regularly, three families on a lone block would put excess strain on drainage.

Another submission says despite the reduction in dwellings from four to three units, the footprint of the development is still too large for the block.

“The elevated ground level of the development and lack of conforming offset provide a significant risk of run-off and flooding on adjacent properties due to the significant increase in hardstand,” it says.

The submission suggests a further scale back of the development to two units with further increased setbacks and that any windows facing adjacent properties have window treatments in place to manage privacy and amenity concerns.

Be the first to comment on "Townhouse proposal attracts 16 submissions"