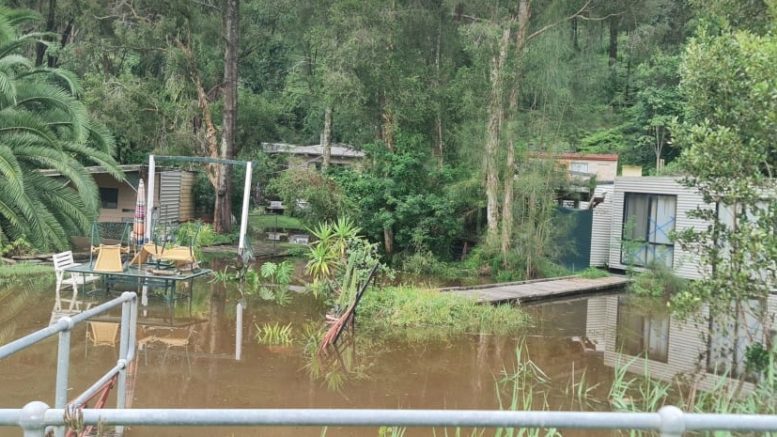 Residents of Spencer, Gunderman and Lower Mangrove have been given the order to evacuate, with rising floodwaters putting homes and lives at risk.

Just four months after the townships were devastated by flooding earlier this year, residents are once again facing huge flood losses.

Following a warning on Sunday night, July 3, residents in low lying areas were given the evacuation order at 6am on Monday, July 4 and told to leave their homes by 10am.

The SES warned that once flood water begins inundating the area road access water, sewerage, power, phones and internet may be lost.

“If you remain in the area you will be trapped and it may be too dangerous for NSW SES to rescue you,” a spokesperson said.

SES personnel were expected to be on site on Monday morning to ensure evacuation orders were adhered to.

“Wherever possible, people should go and stay with family or friends, or make other accommodation arrangements,” the spokesperson said.

“If you are unable to, an evacuation centre has been set up at Gosford RSL Club.”

Residents were advised to lift possessions and important items above the predicted flood height, leave as early as possible to avoid restricted roads and take with them pets, essential items, warm clothes, medicines, insurance documents and valuables.

River Cares President, Robyn Downham, said the SES was “much more organised” this time around.

“But trying to get some of the older residents to evacuate could be tricky,” she said.

“It is unbelievable we are going through this again.”

Downham said as at 8am on Monday residents still had power but with more rain predicted for Tuesday that could soon change.

“A lot of residents have just got their places back in order with new furnishings and so on,” she said.

“My concern since the last March floods has been people’s mental health … you can only be resilient for so long and they’ve reached the end of their tether, especially the older residents.”

Downham said new owners of the Spencer store were extending support and services as far as they can.

“Moderate to heavy rainfall since Saturday has caused river level rises across the Tuggerah Lake catchment,” a spokesperson said.

“Further rainfall is forecast during Monday into Tuesday, which may cause further river level rises and prolonged flooding.

“This situation is being closely monitored, and revised predictions will be provided as necessary.”

Water levels may reach near 1.10 metres around Tuesday morning, with minor flooding with further rises possible.

Residents in Lake Edge Ave, Berkeley Vale, and Geoffrey Rd and Vesta Cl at Chittaway Point have been warned of possible inundation and warned to take precautions.

People in areas likely to be impacted by flooding should refrain from driving or walking through flood water.

For emergency help in floods and storms, call the NSW State Emergency Service on 132 500.