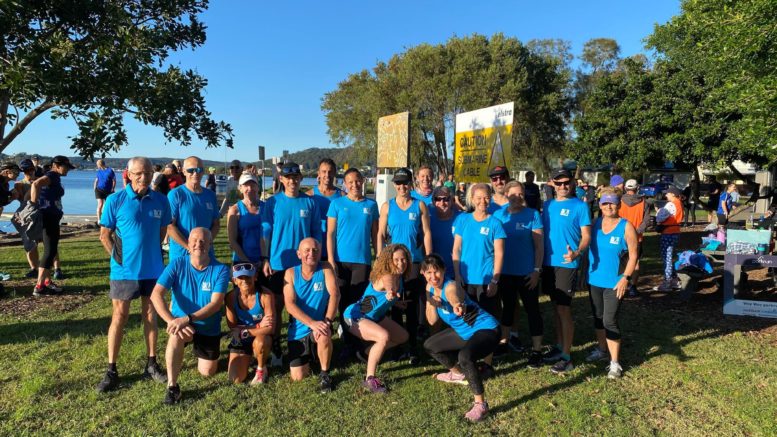 The group can be seen running from Point Clare to Killcare and participate regularly in various running festivals across Australia.

The Woy Woy Runners just celebrated its first birthday and the milestone of reaching 100 members.

Founded by Ken Lau in 2021, the group can be seen running from Point Clare to Killcare and regularly participating in various running festivals across Australia.

“I started Woy Woy Runners to meet others and to build a local community for like-minded people to share experiences and create relationships,” Lau said.

“We have so many options of where to run on the Peninsula, so it made sense to get a group of runners together for a session.”

Lau said he had initially made some blue shirts for a handful of friends so they could participate in the Bay to Bay Running Festival in Gosford.

Following the success of a few Park Runs, the blue shirts became a popular spectacle, building momentum and intriguing others to join.

“I knew I wanted to create a local community, but I didn’t know what to expect,” Lau said.

“It blows my mind that there are now over 120 members on our Facebook group in only one year, and the sea of blue grows stronger at every park run.

“We have members locally, interstate and a few overseas.”

Most often, the group can be seen navigating the Park Run course from Lions Park at Woy Woy each Saturday morning.

Lau said the group welcomed all abilities, from fast runners to steady walkers and often met casually, not only at events but at training sessions along the Ettalong peninsula or the Umina Oval precinct.

He said while running was a common bond, the group also formed social connections and friendships, meeting for coffee, drinks and social events.

“Getting out of the house and knowing someone else could come for a run was a huge thing during COVID-19,” Lau said.

Woy Woy Runners has also expanded its community vision to help and support other groups like Achilles Australia.

Achilles Australia is a group for blind and low-vision athletes, who are now guided along the Woy Woy Park Run course by Woy Woy Runners’ members every Saturday morning.

Lau hopes the Woy Woy Runners will continue to foster friendships in the community while maintaining a healthy dose of friendly rivalry.

Be the first to comment on "Running group celebrates milestones"