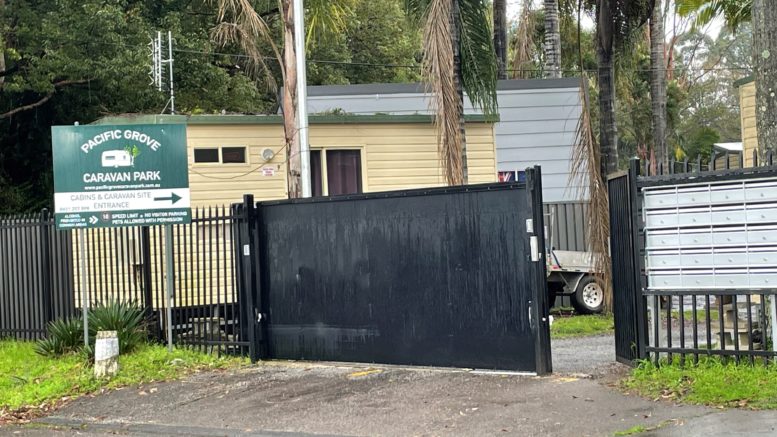 The caravan park at Wyoming

Residents have until August 5 to lodge a submission on a development application for extension of the operation of the Wyoming Caravan Park for five years.

With the current approval having lapsed in June, the owner has applied for approval to operate for a further five years with slight modifications to accommodation.

A Statement of Envirolnmenttal Effects (SEE) lodged with the application says the modifications are a direct response to the demographics of the locality.

“The Church is the one of the largest lessees of the site (but) a majority of the potential tenants are requiring long-term accommodation.

The SEE says while the site is predominantly flood affected, all tenants are educated in terms of evacuation in the case of a food.

“The landlords are finding it extremely difficult to educate tenants on a short-term basis,” it says.

The SEE says the modifications would have minimal impact and would benefit the LGA .by accommodating those looking for affordable housing.