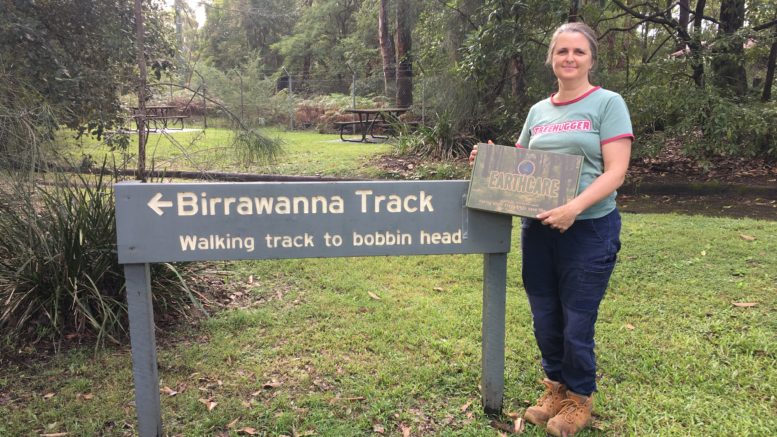 Lisa Wriley with her board game Earthcare

A year after she began developing it, passionate environmentalist Lisa Wriley has finally launched her new board game, Earthcare.

The president and founding member of the Kariong Eco Garden has been providing knowledge and resources on caring for the environment and becoming more sustainable since 2005.

As an environmental campaigner and educator, Wriley decided a couple of years ago to try to reimagine a game which had been a favourite of hers as a child and wanted Earthcare to teach as much as it entertains.

“It looks like a Monopoly board game in terms of format, though it is really about exploring ways to care for the Earth, conserve resources, and to connect with nature,” she said.

“I started making the game a couple of years ago based on a New Zealand board game called Conservation.

“I have updated and re-invented it in Earthcare, with the creator’s permission.

“The beauty is that it can be competitively or collaboratively to see what choices can be made to score the highest points.”

Wriley said all components of the game have been sustainably sourced and manufactured locally, with businesses from Somersby and Terrigal to North Wyong and Berkeley Vale involved, and the game cards produced by Gosford Printing at Kincumber.

“We have a hard board game version and also a cloth version made of canvas which is back-pack friendly and can travel anywhere,” she said.

“They are essentially the same game, but with a slightly different configuration.

“We have already sold more than half of the 500 games we produced, and more 100 of the cloth version.”

Wriley said she would also like to look at producing a bi-lingual version of the game for the New Zealand market, if funding can be sourced, with the original Conservation game having been invented by New Zealander Bob Reynolds in the 1970s.

Member for Gosford, Liesl Tesch, said she was looking forward to trying out the game herself, acknowledging the important message behind it as an educational tool.

“What Lisa has done here is truly incredible and is such a creative way to teach people young and old the importance of respecting the Earth and learning ways to protect it,” she said.

“As a local entrepreneur it is additionally fantastic that many local businesses have been involved in physically creating this game, utilising our local talent and industry know-how to make a dream come to life.”

There will be an Earthcare game session for Scout and Guide leaders, teachers, parents and grandparents at Narara Eco Village on Sunday, July 31 from 2-3.30pm.

The game can be purchased at Earthcaregame.org