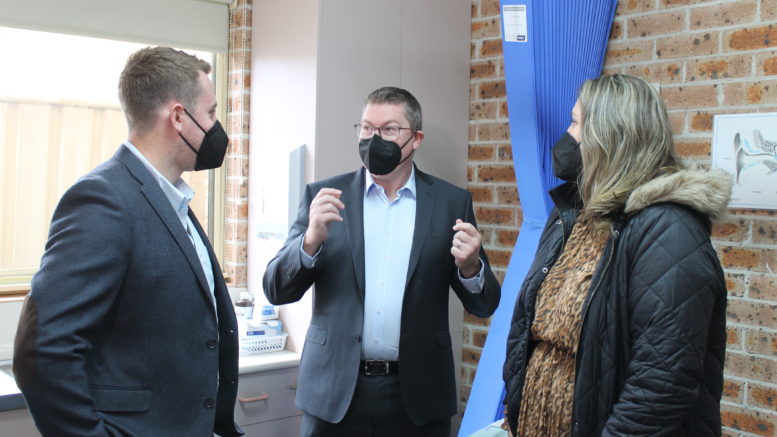 Amid the critical shortage of GPs across the Central Coast, an announcement from the Albanese Government has flagged the change to Distribution Priority Area (DPA) classifications meaning local practices can now recruit more GPs from a wider pool of doctors.

As part of a key election commitment, an update of the DPA classification system will now recognise 700 areas in Australia with either full or partial DPA classification, making it easier for people in outer suburbs and regions to see a GP.

McBride said this was a crucial step forward in improving access to healthcare on the Coast.

“As a pharmacist of 20 years, I understand the importance of quality, affordable healthcare close to home,” she said.

“The Coast has been struggling with a GP shortage for years, with locals waiting weeks for routine appointments and practices being forced to close their books.

“The further you live outside a big city, the harder it is to access healthcare which is why it’s so important to give these communities priority access to GPs.

“That’s why our Central Coast Labor team committed to recognising more suburbs in our region as a priority, so local practices can recruit and retain more doctors and so locals can access the healthcare they need when they need it.”

GP catchments in the Central Coast to be given the updated status include Toukley, Budgewoi, Wyong, Bateau Bay, The Entrance, Erina, Terrigal, Kincumber, Box Head, Gosford and Kariong.

The Government will also be maintaining the exceptional circumstances review for DPA classifications, so other regions can be recognised as a priority in the future if the need arises.

Updating the DPA classification for the Central Coast region will make it easier for local GP practices to recruit and retain doctors from the Bonded Medical Program and overseas trained doctors, helping to reduce GP stress and patient wait times.

Dr Reid also welcomed the announcement and recognised how hard it was to access a GP on the Central Coast.

“As an emergency doctor, I saw firsthand how the lack of GPs on the Central Coast put pressure on emergency departments in our public hospitals,” Dr Reid said.

“Residents often tell me about their difficulties in finding a doctor to take on new patients.

“I am proud to be part of a Federal Labor Government that has listened to our community and is working to improve access to healthcare and take the pressure off local hospitals.”

The DPA changes will immediately take effect from July 21.

1 Comment on "More GPs announced for the Central Coast"