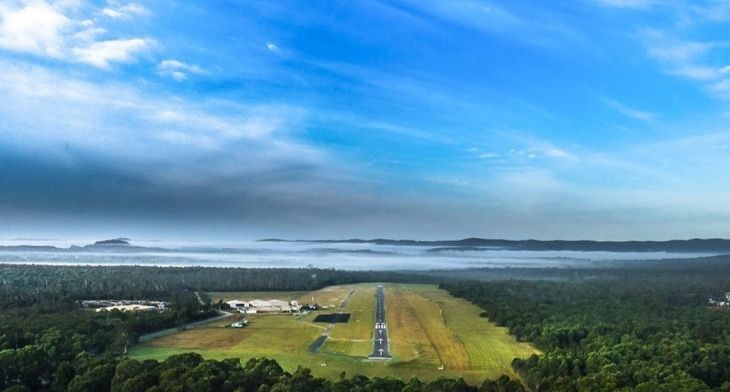 RDACC Chair Lawrie McKinna says there’s been a lot of talk but little action, considering the airport development would be a gamechanger and economic boost for the region.

“The recent Central Coast Airshow highlighted the many benefits a regional airport and light aviation precinct will bring to the Central Coast and it’s time to put this catalyst project back on the agenda,” he said.

“In 2015, RDACC officially supported the development of a Masterplan and staged development plan for a Central Coast Regional Airport and light aviation precinct, due to the enormous economic potential this asset would create for the Central Coast.

“In 2021, the NSW Upper House voted to repeal the Warnervale Airport (Restrictions) Act 1996 to reduce complexity as well as supporting local aviation, with an overwhelming majority of the community supporting the repeal of the Act.

“It’s now halfway through 2022 and we’ve seen a lot of talk and relatively little action for an initiative that could be a gamechanger for our region – including the creation of 2,500 local jobs and the unlocking of the nearby Warnervale employment zone,” McKinna said.

RDACC CEO and Director of Regional Development, John Mouland, said that with the recent change in Federal Government and a State Government election set for early year, it was time for all major regional stakeholders to take a renewed interest in this project and come together to make this a reality for the region.

He said similar projects had been successfully delivered in other areas and had unlocked a wealth of positive benefits for their regional communities.

“A few years ago, I had the pleasure to meet with the Wagner Corporation Executive Team, who were responsible for the delivery of the Toowoomba Wellcamp Airport,” Mouland said.

“This discussion provided a first-hand insight as to how an airport could be constructed over a 19-month period to become the first major greenfield public airport development in Australia in over 50 years, and the first privately funded airport in the country.

“During the time of these discussions, RDACC was working in collaboration with key regional stakeholders to discuss development options for the already established Warnervale Airport.

“Unfortunately to date, no further development of Warnervale Airport has occurred, which is extremely disappointing, as I have had the opportunity to follow the outstanding development progress of Toowoomba Wellcamp Airport, and the tremendous impact this project has had on that entire region.

Mouland said he was saddened that a similar initiative has not yet been delivered on the Central Coast, considering the region already has an established airport, an endorsed Warnervale Employment Zone, additional adjacent commercial and industrial lands, substantial upgrades to the M1 freeway and recent funding commitments for High-Speed Rail.

“To our elected officials, government bodies and Central Coast industry leaders, our message is simple: let’s deliver on the untapped potential our region possesses to achieve the outcomes that the people of the Central Coast rightly deserve,” he said.

Central Coast Council is presently undertaking a detailed airport masterplan which will include protection for environmental lands by excising those areas from developable land.

In February this year Council surveyed and sought input from the general aviation industry and other interested parties to determine future demand requirements on the airport.

A Council spokesperson said there was strong interest from aviation businesses to be part of the airport’s future.

When that process finished in April, Council started work on compiling the draft concept plan and engaged a specialist aviation designer.

Once draft designs and investigations are complete, the Draft Masterplan will be released for public comment.

Council is aiming to release the Draft Masterplan late this calendar year.