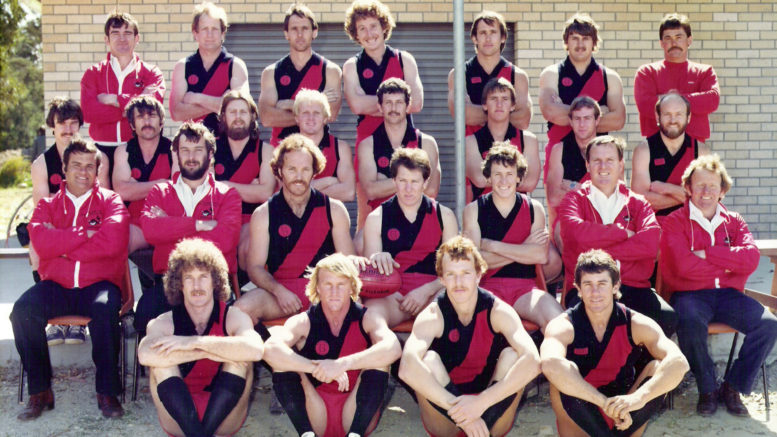 Killarney Vale Aussie Rules Club will celebrate its 40-year premiership reunion on Saturday, July 23 with a home game at the Tumbi Umbi ground against Terrigal Avoca.

The club formed only four years before winning its first senior premiership in 1981, then followed up the next year with triumph in 1982 – a landmark year for the club.

Club spokesman Ian Granland said they had all their teams in their respective grand finals, winning the first Under-15 and Under-13 flags while the Reserve and Under-17 grades were runners-up.

“Tony McVeigh, father of the current GWS coach, Mark McVeigh, was the club’s captain-coach in 1982-83 and enjoyed a very successful period as the club’s on-field leader,” he said.

“He came to the Bombers from VFA club, Williamstown and brought a wealth of experience with his appointment.

“Alongside him was former state player, Rex Imrie, who had represented Queensland the year before.”

Granland said both those identities would be at the celebratory function along with a number of other players from that era.

“The club is also inviting players from the other grades to ensure the success of the weekend,” he said.

“The event will also serve as an old players day when former players and officials are invited to attend and meet up with old colleagues.