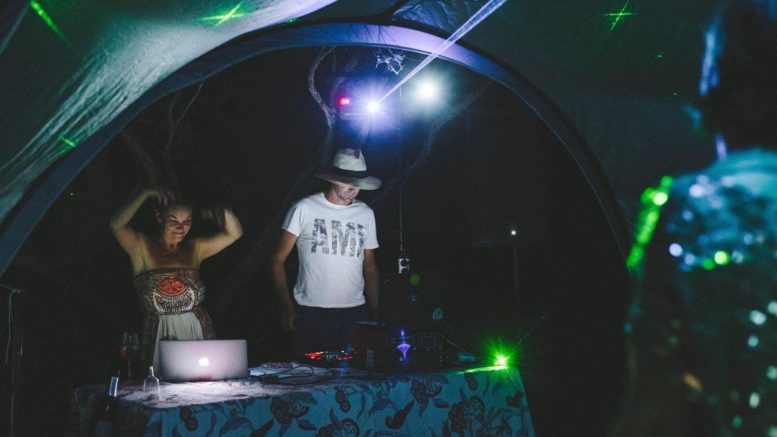 Hardys Bay Community Club will be alive with the sounds of House and Techno music at month’s end as a new style fundraiser for the Pretty Beach Preschool.

Organisers Matt Harrington of the Bouddi Sound System DJs and Cassandra Martin of the Pretty Beach Preschool are excited about the offering they have in store for revellers.

“There is a real demand for people in the 30s 40s age groups and these people want to dance,” Martin said.

“There’s a bit of a captured audience in the area and we’re not sure it is catered for by the current music offerings.

“We’re big on lighting and sound, so people get a real nightclub feel with a good variety of sounds from the DJs in our collective,” Harrington said.

“All the proceeds will go to the Pretty Beach Community Preschool to help refurbish the local preschool space both inside and outside.

“Of course, we love Hardy Bay Club – it’s such a great place, we all like to support our community club and of course, they will benefit too.”

The two most recent Bouddi Sound System events have raised over two and half thousand dollars for the Ukrainian appeal and Coast Shelter.

The event will be held on Saturday July 30, commencing at 5pm til late. Tickets can be found on the preschool website or via trybooking.com/casqz .