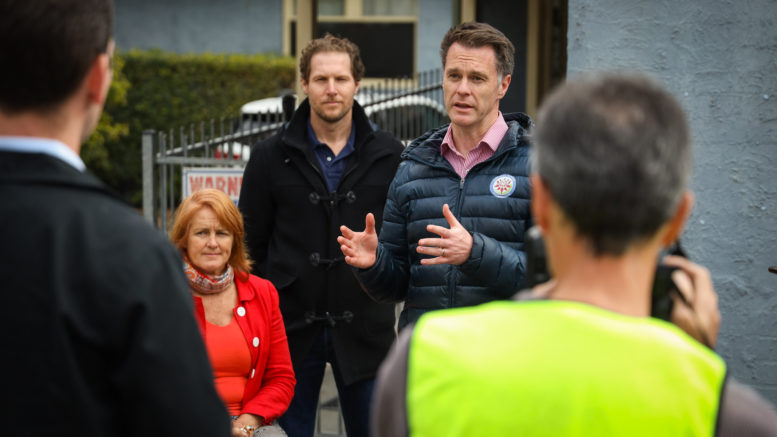 The future of Parklands Community Preschool at Kariong is up in the air with stalled negotiations on renewal of its lease, which is set to expire in January.

Director, Phoebe Wilby, said the preschool was concerned that it had not received an update on lease renewal from Hunter and Central Coast Development Corporation (HCCDC) in six weeks.

“At the beginning of June we put together a submission, at HCCDC’s suggestion, outlining a business case for renewing the lease and outlining how the befits to the community,” she said.

“We were also asked to outline what sort of amount we could afford to pay connecting with our funding but we have heard nothing since.

“We were told this was the start of the process and we’re hoping to hear back quite quickly.

“Enrolments for next year are set to be processed next week and if we don’t come to an agreement on lease renewal we could be forced to try to relocate.”

“Parklands Community Preschool is a not-for-profit community-run service in the Mount Penang Parklands and has served Kariong and the surrounding area for nearly 40 years,” she said.

“Its facility is leased from the NSW Government through the HCCDC.

“The fee-free service is one of only three community-based preschools left in the southern end of the Central Coast and has 96 children enrolled.

“Seventeen highly-trained educators are employed by the service, many of whom have worked at the service for decades and have taught generations of local children.”

Tesch said HCCDC’s Place Vision, outlining several key priorities for the future of the Parklands, could put the preschool at risk, with one of its priority actions listed as “optimising leases”, to be achieved through “review and (rationalisation of) leases where appropriate to streamline occupancy, encourage intensification of uses in key areas”.

Tesch said she is concerned the document could see the lease go to market, forcing the not-for-profit organisation to compete for the lease, which could blow out to a price it could not afford.

“It is outrageous that a preschool which has been an essential service to Kariong for over 40years (could) be forced to relocate, close down, or pass on higher fees to parents already struggling with the rising cost of living,” she said.

Tesch said in 2017 the Parklands Community Preschool’s lease was increased from one dollar per year to over $19,000.

“Only a few years later they’re facing another blow at the hands of the Liberal Government,” she said.

“The action in the Place Vision around rationalising leases is not about relocating tenants off site,” he said.

“It is focused on working with all tenants to combine and standardise leases where possible, and to provide clarity around long-term tenancy options.

“In addition HCCDC (is) continuing to work closely with the Parklands Community Preschool in reviewing (its) recent proposal for a long-term lease, including proposed rent, in line with appropriate processes.

“As always decisions about rent made by HCCDC for any new lease will be made considering matters beyond just financial ones – they also include the benefit to the community.”