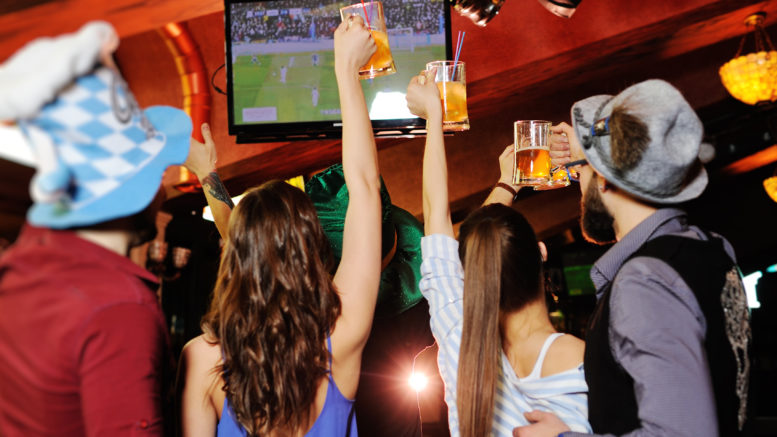 Minister for Hospitality and Racing, Kevin Anderson, said the late-night trading hours would support the State’s venues and encourage sports fans to come together to watch all the live action on big screens.

“The NSW Government’s trading extensions for major sports and cultural events have become increasingly popular as more people get out and about and socialise in licensed venues,” Anderson said.

“The late-night trading not only supports hospitality businesses and the economy, but it also gives sports fans the chance to head to their local to watch these great sporting events and cheer on the green and gold.”

ClubsNSW CEO, Josh Landis, welcomed the announcement and said the extended trading hours would give venues across NSW a major boost.

“We know the past few years have been tough for our clubs, and it’s proactive decisions like this by the NSW Government that are key to helping them in their recovery,” Landis said.

“Extending trading hours during major sporting events will be great for the community, and I urge people to get out and give back to the venues that support them.”

Australian Hotels Association CEO, John Whelan, said there was no better place to watch Aussie athletes compete than down at the local.

“This trading extension really is a victory for common sense, and we thank Minister Anderson for the initiative after what’s been an incredibly difficult time for hotels across NSW,” Whelan said.

Local hospitality businesses are currently benefiting from extended Alfresco dining measures, which the NSW has recently announced to further support the industry.

“The temporary measures have been incredibly successful and a huge boost to the industry, so extending them has given hospitality businesses greater certainty for at least another 18 months,” Anderson said.

“The uptake has largely been in the CBD, which has been great because it suffered so significantly during the pandemic.

“We would also love to see more regional venues take up this opportunity and consider permanent options that reflect the community’s desire to dine outdoors year-round.”

For more information on the extended trading hours, visit liquorandgaming.nsw.gov.au.