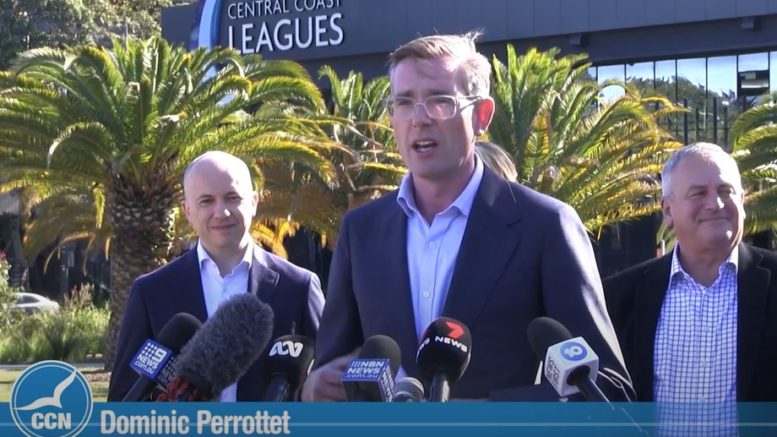 Construction of the Central Coast’s new university campus is a step closer with an $18 million investment, as part of a $1 billion budget funding injection for key technology and innovation precincts across the State.

The $1 billion investment will deliver landmark and transformative infrastructure across major precincts.

In addition to the Gosford University Campus, this includes the Advanced Manufacturing Research Facility in the Bradfield City Centre and funding to activate the RNA Pilot Manufacturing Facility.

The University of Newcastle Campus in Gosford will be a multi-faculty academic and innovation facility, and will cut the numbers of students forced to leave the Central Coast to study at university.

Premier Dominic Perrottet said the Central Coast was already a sensational place to live and work, and this investment will create even greater opportunities for local residents.

“We’re taking NSW’s growth to another level through our Six Cities vision, which means more jobs closer to home and a brighter future for the eight million people who live in the sandstone mega-region,” Mr Perrottet said.

Treasurer Matt Kean said the University of Newcastle was progressing its plans to establish the new campus and this investment would go towards construction of the new multi-faculty and innovation facility.

“We want to draw on the uniqueness of each community and pool those resources to strengthen our position globally and in turn supercharge the future economy,” Mr Kean said.

Minister for Skills and Training Alister Henskens said once complete the university would welcome thousands of students.

“Our investment will get the Gosford campus up and running and create a magnet for new jobs, businesses and investment,” Mr Henskens said.

Minister for Cities Rob Stokes said universities drive productivity and innovation and the new campus will only strengthen the Central Coast’s contribution to the Government’s Six Cities vision.

“The sandstone region has a globally unique concentration of world leading universities, strengthening the links between those institutions and pooling their knowledge bases will benefit the whole population, north to south and east to west,” Mr Stokes said.

Parliamentary Secretary for the Central Coast Adam Crouch said the NSW Government funding builds on an initial injection of $18 million in Federal funding announced in 2019.