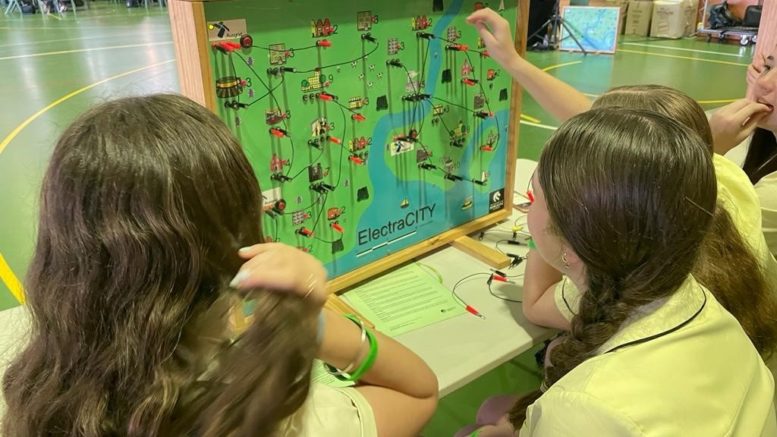 More than 400 of the brightest high school minds on the Central Coast tackled eight different challenges set by the University of Newcastle at the 21st Science and Engineering Challenge held on June 20 and 21 at St Edward’s College, East Gosford.

Sixteen state high schools, Catholic, Christian and Independent private schools right across the Coast sent 420 students into the Challenge along with an entry from the home-schooling sector for the first time.

“The team with the most ‘profit’ won this particular challenge.

“Other challenges ranged from constructing a bionic hand to inventing a ‘new’ morse code or constructing a water powered turbine or the undercarriage for a future Mars buggy.”

Henwood said the aim of the exercise is to stimulate Year 10 students towards selecting STEM based subjects in years 11 and 12.

“It’s not so difficult to change from STEM subjects to humanities but it is almost impossible to change the other way,” he said.

Star Scientific continued its funding of this event and committed to more in the future.

Based at Berkeley Vale, Star Scientific is deeply involved with the use of hydrogen as a source of heat and power and is prepared to put corporate funds towards encouraging future graduates in STEM subjects.

Further funding came from the NSW Office of the Chief Scientist and Engineer with St Edwards College donating the free use of its hall and feeding the 60 Rotarian volunteers who helped run the challenge.

Winners were Wyong Christian Community School on day one and Gorokan High School on the second day.

Wyong Christian Community School has advanced to the state final, based on the team score..

Runners up were St Edward’s College and Gosford High School.

Special judge on the day was Member for Robertson, Gordon Reid, who told students of the value and opportunity in STEM careers.

Henwood said the Challenge first began in 2000 as a joint project between Newcastle University and Gosford Rotary.

“I now run it as a combined Rotary project, (involving) all the clubs on the Central Coast, but only seven send volunteers.

“The vast majority of volunteers are Rotarians but six are independent and Star Scientific sends two each day.”