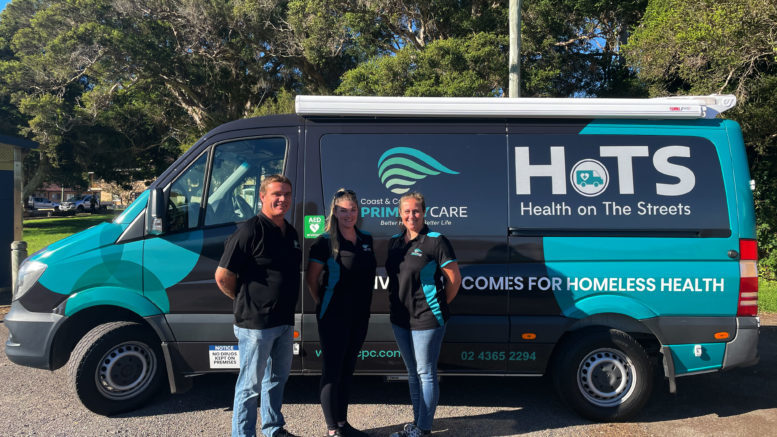 New Member for Robertson, Gordon Reid, has vowed to investigate continued funding for the Coast’s mobile service Health on the Streets (HoTS).

The commitment comes after Parliamentary Secretary for the Central Coast, Adam Crouch, called on the new government to match the $2.2M funding pledge made by the former Liberal Government prior to the Federal election in May.

“Run by Coast and Country Primary Care, (HoTS) was initiated in October 2019 and funded by the former Liberal Federal Government,” Crouch said.

“Coast and Country Primary Care were to continue to receive funding under the former Government; however the program is at risk due to no such commitment from the Federal Labor Government.

“I want to congratulate Kathy Beverley, Arron Cannon and the team at Coast & Country Primary Care for delivering this outstanding program.”

“The new Labor Member for Robertson needs to walk the walk and deliver this essential funding immediately.”

Reid said he had brought the continuity of funding for Health on the Streets to the new Health Minister’s attention.

“The Minister has sought a briefing from the Health Department regarding funding for this project and will have an update very soon,” he said.

“I whole-heartedly acknowledge how important this project is and will always be a strong advocate for homelessness outreach services on the Central Coast.

“The Central Coast needs State and Federal Governments working together to reduce homelessness in our community.

“Homelessness has skyrocketed during the previous Liberal Government, and although the Labor Government has a clear plan for addressing this, no plan to tackle such a monumental issue can be successful without State and Federal cooperation.”