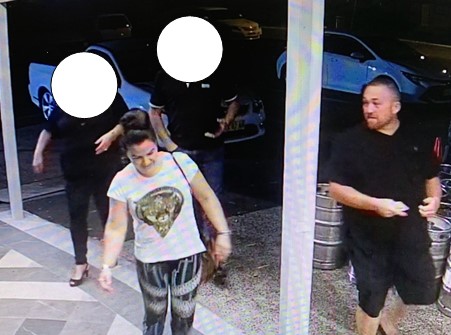 Police call for assistance to identify these two people

Police say they have possibly identified two people and are again calling on public assistance to help identify two other people.

At about 10pm on Sunday, May 15, an incident occurred in the gaming area of a licensed premises in Toukley, where it is alleged two patrons were assaulted.

Images obtained from CCTV footage depicts four people, two males and two females, around the time of the incident who might be able to assist police with their inquiries.

The CCTV footage also shows two vehicles in the vicinity at the time, a white Toyota Corolla sedan and a dark-coloured 4WD vehicle.

Police urge anyone with information about this incident, or know the persons or vehicles depicted, to contact Crime Stoppers and quote police report number E90408016.