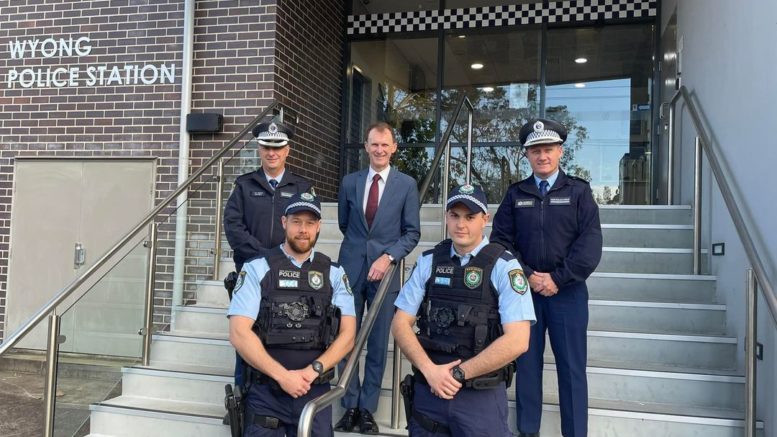 They were among the 200 new probationary constables and eight police dogs and their handlers who graduated at the Police Attestation ceremony in Goulburn on Friday, June 24.

As part of their induction to Wyong Police Station, they were able to meet with The Entrance MP, David Mehan, who provided an insight on behalf of the community about what locals need and expect from their police.

Probationary Constables Cassidy and Simpson will complete their year of on- the-job training and study by distance education with Charles Sturt University, before officially graduating with an Associate Degree in Policing Practice and the rank of constable.