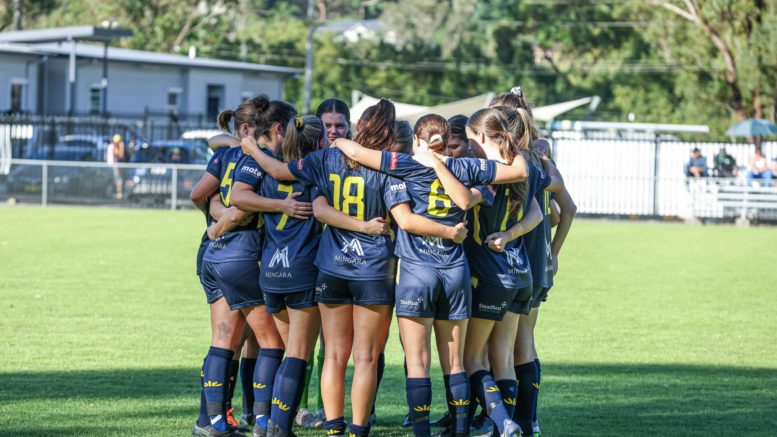 The Central Coast Mariners have been granted entry into the A-League Women competition with a provisional licence granted by the Australian Professional Leagues (APL) set to begin for the 2023/24 season, pending Football Australia (FA) approval.

The professional grade league has long been identified as the missing link between large participation in grass-root club football and international success for the Matildas.

Now, the Mariners’ entry has ensured a 12-team A-League competition with home and away fixtures commencing from the conclusion of the FIFA Women’s World Cup Australia/New Zealand 2023.

For Mariners CEO, Shaun Mielekamp, the decision has come after many years of planning and preparation.

“What I am most excited about is what this will bring to our community and how the match day experience will be something very special for every football fan to attend,” Mielekamp said.

“I know that this will excite the existing fan base of female footballers who I know will turn up to not only see some great talented players but also to be a part of something very special for the Central Coast.

“This has been a long journey for us, but we’ve stuck true to our motto that we ‘won’t back down’. Now that we have been rewarded with a provisional licence, I cannot wait for this to explode in the way that I know it will.”

The new A-League team is set to be an addition on top of the Academy women’s teams from Under 10’s to the FNSW League One, meaning the top players currently at the club will have to earn their place in the professional league.

The club will also be open to scouting talent from around Australia and has indicated the intention to sign a Head Coach before January 1, 2023, and a first player before July 1, 2023.

For Mariners Chairman, Richard Peil, the welcome news will allow progress in securing the training facilities and commercial resources essential to competing at the national level.

“The opportunity to bring a Central Coast Mariners team to the Liberty A-League Women’s was an essential component when my wife Jess and I were making the decision to invest in the club”, Peil said.

“There’s no doubt that women’s sport is on a massive growth trajectory right now in Australia, and it’s finally heading towards getting the recognition that these talented athletes deserve, so I’m thrilled that the Central Coast Mariners have the opportunity to contribute to that.

“Just like every league the club competes in, we’re not heading into this just to fill the numbers, we’re entering to be competitive from the very first whistle!

“We have just over 12 months to bring this all together, and we have already been working hard in the background to produce a business model that is self-sustaining from day one.

“This means we have to think outside the box, do things a bit differently, call on the expertise of some of the best football brains in the country, and make sure we have solid 1, 3 and 10 year plans in place to ensure we are competitive and around for the long-term.”