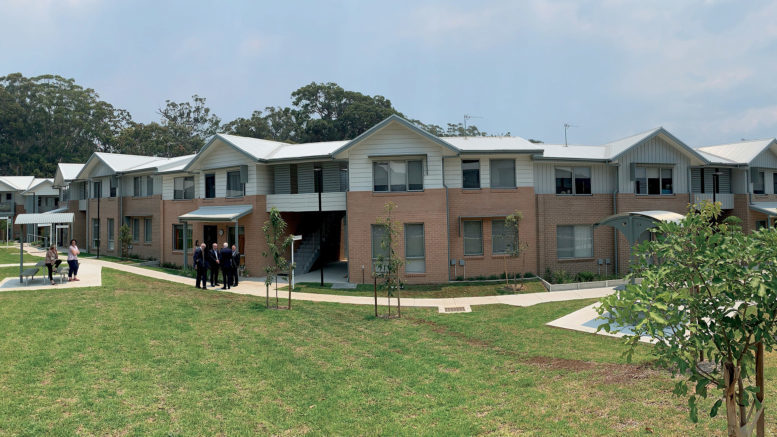 Lack of funding for more social housing is a big fail, says Labor

Labor MPs on the Central Coast say the State Budget contains funding to complete several infrastructure projects in the region but gets an “F” for failing to substantially address the cost of living pressures, particularly rental and housing affordability.

State MPs Liesl Tesch (Gosford), David Harris (Wyong), David Mehan (The Entrance) and Yasmin Catley (Swansea) said in a joint release that there is no new funding to increase social housing stock at a time when families are struggling to maintain or find a place to live.

“St Vincent’s de Paul has identified that there needs to be at least 11,000 new dwellings constructed a year to even keep up with the current deficit in housing which places unrealistic constraints on the rental market,” they said.

“Government figures show 46,000 general social housing applicants in NSW and a further 5,300 listed as priority up to the end of June 2020, with 3004 on the Central Coast alone, and in the last two years that figure has multiplied due to very low vacancy rates.”

Harris said significant funding for the Pacific Hwy through Wyong is still a “distant dream” with just $1M in the budget for planning.

“But the real disappointment is the lack of direct funding to increase housing stock,” he said.

“That was backed up by the community housing providers who put out a scathing press release saying this budget had let people down.

“The biggest concern for Central Coast residents, given they are already paying higher Council rates and charges, is the inflationary impact of the Government plunging the State further into debt and deficit.

“Whilst Coast residents are seeing costs skyrocketing there is very little in this budget they can look forward to.”

Catley said there was no funding for projects like Carters Rd and Scenic Dr.

“We also know that there is a housing crisis on the Coast, yet the Government has not provided any funding for new housing projects,” she said.

“(There) is no doubt that the NSW Liberal Government has failed the Swansea electorate in the latest budget.”

Mehan said while he welcomed funding to commence construction of lifts at Tuggerah Station and to complete the Pacific Hwy upgrade at Lisarow, however, the failure to fund any new social housing in The Entrance electorate was a “real disappointment”.

“This budget fails to address the key issue facing our region – access to affordable housing,” he said.

Tesch said the “massive budget deficit” was an attempt to buy votes after 12 years of neglect before the 2023 election.

“(The budget) provides little cost-of-living relief for Coasties and does nothing to address the housing crisis in our community, nor does it provide funding for the Gosford TAFE upgrade,” she said.