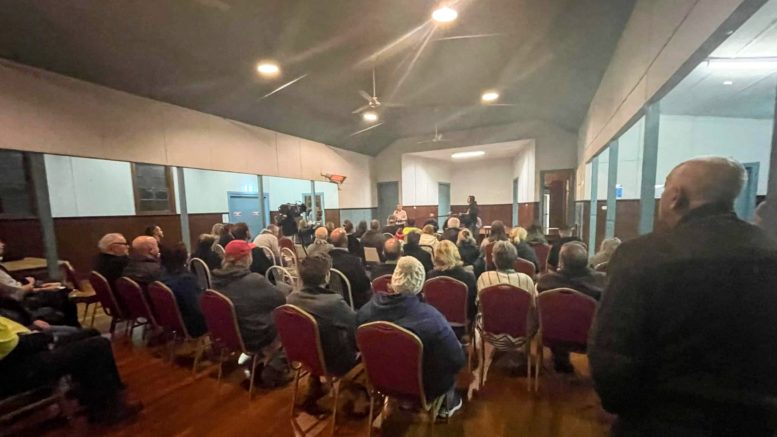 Central Coast farmers met at Dooralong on Tuesday, either in person or on livestream, to resoundingly reject new agritourism regulations which they say would cripple their businesses.

The farmers say the NSW Government’s new development standards will hinder, not help agritourism, not only throughout the Central Coast hinterland but everywhere in NSW.

It would cover farmers looking to diversify their income stream, for example, farm stays, farm gate sales and farm experiences such as horse riding, pick your own, tours, cafes, functions and events.

The recent Harvest Festival proved the value of agritourism to the Central Coast with 31,500 visitors to the hinterland valleys and mountains, resulting in an economic input of about $2.9M.

There is widespread rejection of the proposed development standards for agritourism and Central Coast Farmers voted unanimously at their meeting that the legislation “be dropped in its entirety”.

“We think the new policies started out with good intentions but just haven’t hit the mark,” said Missy Coalfield, one of the organisers of this week’s meeting.

“We either stop this completely and we continue to run as we have been or, at least, it needs to be paused to have input from small farmers on how it will affect their businesses and what changes need to be made so that we can continue to function,” she said.

“As far as we know there hasn’t been consultation with any farmers, certainly not with any of us.

“It’s been a hard slog over the past few years with Covid and flooding and we’re all just starting to get back on top and then the government hits us with this.

“We’ve all had to put some sort of agritourism into our businesses because it makes them more viable,” Coalfield said.

Co-host of the farmers meeting, Matt Allen, said the fear was that if these laws were enacted it would severely disadvantage the smaller farms, potentially making them unviable.

“The importance of a diversity of farms in terms of size, location and product has never been more prevalent and anything we and the government can do to help them remain viable by diversifying their income streams through agritourism is desperately needed.

“Not to mention it would allow us as consumers to reconnect with our food in ways that the industrial, centralised food distribution system has destroyed,” Allen said.

He said some examples of where the proposed laws fall short are:

Many of the laws require the size of the farm to be at least 15ha or 25ha, but this is untenable for smaller farms which need to rely on agritoursim the most as their capacity for earning from primary production is directly limited to the size of their land.

For buildings under this proposal a boundary set back of 50m is required yet under the current State Environment Planning Policy farm buildings can be as close as 10m from a boundary. Once again, this will drastically limit the options for smaller farms.

For farm experiences such as a pick your own, opening times will be permitted from 8am-5pm, Sunday to Friday including public holidays but limited to 7am-11am Saturdays.

“Given many pick your owns and other farm experiences would do most of their trade on the weekends it seems incongruous that Saturdays would be limited especially considering no limitation is on Sundays,” Allen said.

“This is completely untenable.

“Take for example a pick your own orange orchard, 50 guests might correlate to 20 families who each buy 2kgs of oranges at $2/kg totalling $80 per day and over the allowed 10 days, $800 per year total revenue.

Shadow Minister for Central Coast and Wyong MP, David Harris, has taken the farmers’ plight to Parliament House and put a Notice of Motion on Wednesday, saying some elements were “draconian and unworkable” and calling on the Planning Minister to ensure any new regime would improve and enhance the sector, “not become an anchor that destroys the important entrepreneurs”.

“I have been in detailed discussions with the Planning Ministers office and I’m confident that the concerns will be addressed.”

“We are lucky in the region to have farms, including those from small farms under 15ha, and we need their input into what is viable and sustainable to ensure we can continue to have access to these fantastic experiences,” Harris said.

An online petition already has almost 37,000 signatures. It is available at  https://www.change.org/p/save-pick-your-own-farms…