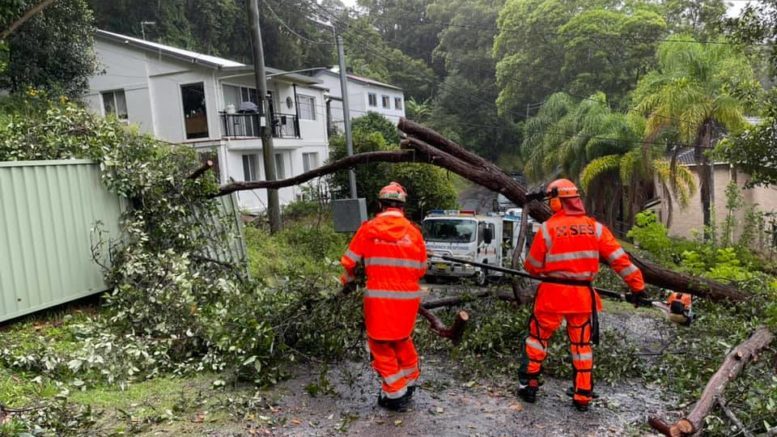 New data released by NRMA Insurance shows NSW experienced one of its worst seasons for wild weather damage in autumn, with the Central Coast the 10th most impacted area in the state.

The latest NRMA Insurance Wild Weather Tracker shows there were over 25,000 wild weather home claims nationally – 80 per cent of all home claims – with 22,405 of them in NSW.

In NSW, 85 per cent of all home claims this autumn were the result of severe weather compared to 66 per cent in a typical NSW autumn, with NRMA Insurance also receiving 12,673 motor claims for wild weather damage.

Some 79 per cent of NSW residents are worried wild weather is becoming more frequent and severe (up from 65 per cent 2 months ago), while 57 per cent are concerned about their home, car or other property being damaged by wild weather in the next 12 months.

The overwhelming majority of Australians (83 per cent) are calling for greater investment in disaster mitigation, following the catastrophic floods that impacted Australia’s east coast in February and March.

A third of Australians are worried that their communities are not resilient to wild weather and most want to see more action taken to prepare for the impacts of climate change.

Across the country, women are much more concerned about the growing threat of natural disasters than men (83 per cent vs 71 per cent) and more likely to recognise that climate change is making wild weather worse.

NRMA Insurance Executive General Manager Direct Claims, Luke Gallagher, said over the past two years, Australians have faced some of the most devastating natural disasters and extreme weather in decades.

“The recent flood crisis has strengthened Australians’ resolve for all levels of government to take action on climate change and disaster mitigation to keep communities safer.

“Taking a few small steps to both reduce our level of risk and prepare for how we will respond can make a big difference when the worst happens – this includes having an emergency plan and kit ready, but also making changes to ensure your home is safer, particularly those who live in storm or flood prone areas.