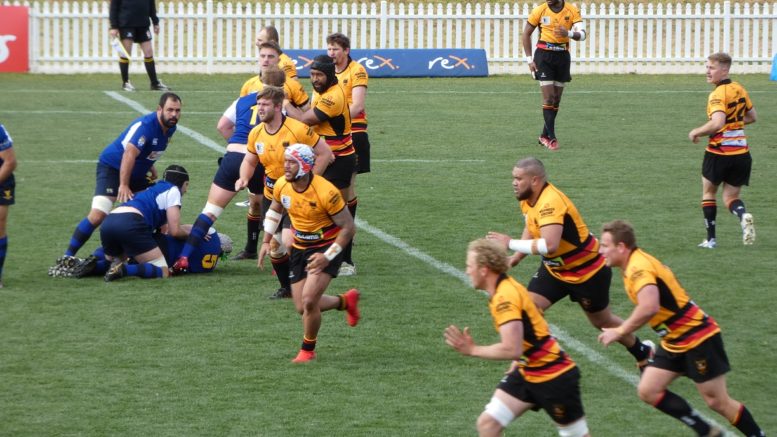 The Central Coast will once again compete at the NSW Country Championships this year, to be held at Tamworth over the long weekend on June 11-12.

“There will be a mix of experience; building a team pattern and gaining unity is always the main priority when preparing representative teams,” Thomson said.

“Players come from the various clubs and it is all about building cohesion, and the players getting to know each other’s style and strengths.”

“The Senior Men’s 1st XV team will be competing for the Caldwell Cup,” Thomson said.

“Senior Coach Craig McWilliam has been working hard to prepare his team.

“McWilliam was in charge of the squad last year so he knows what is required to get his team fully prepared and ready to perform in Tamworth.”

The senior XV will play Mid North Coast and Far North Coast in its two matches on the Saturday and these two very important matches will determine their position on Finals Day on the Sunday.

“The Championships is designed to choose players for the NSW Country team to go on to further representative honours but the chance to seize the coveted Caldwell Cup will be very high on the agenda for all the players,” Thomson said.

“Last year the Senior team had two close losses and a win over Newcastle, but will be hoping to do much better than that this year, and go all the way.”

The Colts team, coached once again by Nick Meyer, will be hoping for another successful campaign in competing for the Rowlands Cup.

“The team fell just short last year when defeated on the bell by Newcastle in the Colts Final,” Thomson said.

“Nick Meyer was in charge last year as well, and he will be most keen to avenge the loss experienced last year; the Colts have performed so well in these Championships over many years.”

The Women’s XV, under Head Coach Michael Burgess, have been preparing for several months to compete for the Thomson Cup.

“Although the local competition on the Central Coast is 10-a-side, the squad has prepared well for the 15-a-side Championships,” Thomson said.

“They had a quite successful Championship in 2021 and with that experience behind them will come out stronger and more prepared for the Championships in 2022.”