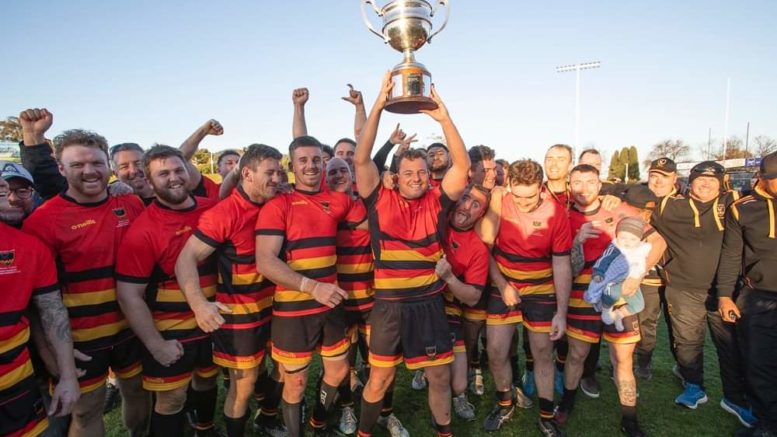 After 15 years and two hard-fought days of rugby, the Caldwell Cup will return to the Central Coast after it won the NSW Country Senior Championships on Sunday June 12.

It was a wonderful exhibition of high standard rugby from start to finish with the scores locked together for much of the match.

Central West went to the halftime break leading by 17 points to 12.

However great rugby from the Coast team saw them hit the front by 19 points to 17 midway through the second half. The final 20 minutes was hard fought, intense and emotional for everyone at the ground.

With 10 minutes to go Central Coast led by 26 points to 22 and it was still anyone’s match at that stage.

At the 80 minute mark Central Coast led by 29 points to 22 but a Central West converted try after the full-time hooter levelled the scores at 29 points apiece.

This put the match into extra time and during that period Central Coast was able to convert a penalty goal to take the match and the Caldwell Cup.

Wild scenes of celebration were seen at the end of the match.

Earlier, Central Coast won both their matches on the Saturday to enable them to reach the Final.

The Central Coast also went so close to winning the Colts Championship, finishing 2nd after winning three of their four four matches over the weekend.

The Women’s XV played well all weekend to finish 5th.