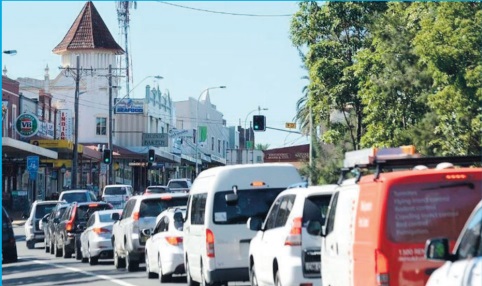 Business NSW Central Coast says the State Budget, released this week, focuses on immediate support in pressure point areas while maintaining a commitment for much needed reform, but payroll tax increases would put extra pressure on the region’s businesses.

“Treasurer Matt Kean has announced a deficit of $16.6B for the current year, reducing to $11.3B next financial year, with a return to surplus expected in 2024/25,” Regional Director, Paula Martin, said.

“It’s easy to forget some of the dramatic economic circumstances we’ve faced over the past three years, and the Government’s economic management has meant NSW is in a strong financial position.

“From the outset, it must be noted that NSW is the envy of every state in Australia and is the number one state in which to be operating a business.

“The Government is confident the Budget can return to surplus by 2024/25 but that will take solid financial management considering the debt levels and the vast spending measures detailed in this budget.

“Businesses are expected to contribute more than their fair share, with payroll tax receipts expected to reach almost $12.8B annually by the end of the forward estimates, overtaking stamp duty as the government’s largest source of revenue.”

Martin said while Business NSW has been a great supporter of the government’s payroll tax reform and relief during COVID, members will be challenged when the payroll tax rate increases from 4.85 per cent to the pre-pandemic level of 5.45 per cent from July 1, with an estimated additional $2.3B to be collected from businesses over the forward estimates.

“This pressure adds to the rising inflation and energy costs and labour shortages faced by business,” she said.

Martin said budget commitments for key infrastructure projects such the Gosford University Campus, the widening of the Pacific Hwy at Wyong and electrification of train tracks between Wyong and Tuggerah were important for the development of both Gosford and Wyong as attractive places for business to invest and people to live, work and play.

She also welcomed a series of measures to address key cost of living measures as well as reforms in areas such as housing affordability, childcare accessibility and education performance, all areas which she said have been neglected for too long.

“Central to address cost of living pressure is the proposed change from Stamp Duty to a Land Tax option for first home buyers,” she said.

“Business NSW has long advocated for Stamp Duty reform as a way to address housing availability and affordability, and back in 2016 this organisation launched a detailed report on how to tackle this very change.

“It’s pleasing to see a government prepared to take on this issue and willing to introduce measures despite their potential to impact the overall bottom line.

“The equity housing initiative is one which, given the expected take up, should enable more people to break into the housing market without sending prices soaring.

“The key announcement around affordable childcare along with more places being made available is a welcome move on the Central Coast as the region struggles with availability putting further pressure on parents and in turn employers.

“These initiatives will result in increased workforce participation, which is a key strategy to address skills shortages, by particularly encouraging more women back into work.”

Martin said border closures and a lack of international students had seen the skills gap widen and an investment of more than $80M over the next four years to create 70,000 fee free places in training courses will help to turbo charge the recovery.

“Fast tracking planning and approvals for projects that are ready to commence has long been advocated by Business NSW, and we are looking forward to seeing long delays for DAs on the Central Coast addressed urgently,” she said.

“There’s no doubt this is a budget very much aimed at bringing down the cost of living and making key investments such as home ownership more affordable at a time when the government will go to the electorate in March asking for another term.”