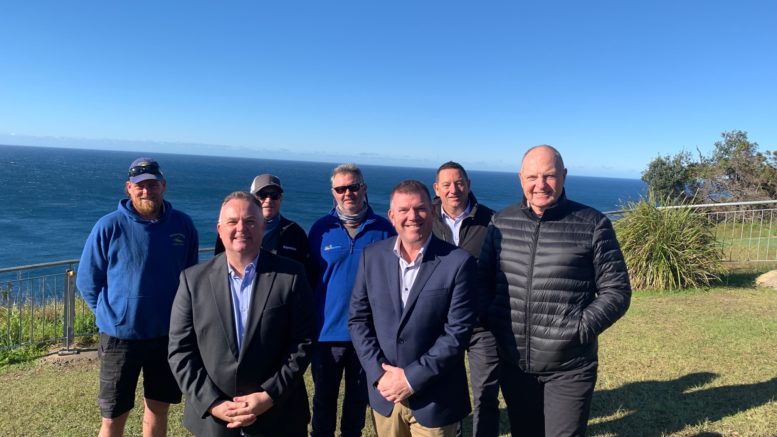 The Central Coast is to become home to an Offshore Artificial Reef, with an exact location yet to be determined.

Minister for Agriculture, Dugald Saunders, was on the Coast on June 6 to make the official announcement, together with Parliamentary Secretary for the Central Coast, Adam Crouch, Central Coast Council officials and members of the recreational fishing industry.

Saunders said the sheer volume of submissions received on the issue was a testament to how popular the reefs are in providing high-quality fishing experiences.

“This announcement is fantastic news for anglers and local businesses that have struggled over the last two years,” he said.

“It is part of our commitment to promoting the sustainable growth of recreational fishing in NSW.”

The project is the latest addition to a series of artificial reefs put in place across the state, from Tweed Heads to Merimbula, including one that was recently announced in Forster.

Crouch said the move would provide many benefits for tourism and the local community.

“I want to personally thank the hundreds of Central Coast locals who supported my petition for an offshore artificial reef,” he said.

“This was a significant factor when I was lobbying the Minister on our regions‘s behalf and I look forward to working with our fishing community to identify a location.”

The reef will be a marine reserve similar to the decommissioned HMAS Adelaide which was sunk at Avoca Beach in 2011.

“Our coastline boasts some of the most vibrant ocean environments in NSW and the ex-HMAS Adelaide is a fantastic example of the remarkable transformation that a single site can have on the surrounding area,” Crouch said.

“The ship is quite rightly designated as a marine reserve, but I want to ensure that local fishers have a similar type of reef to enjoy.

“Creating a million-dollar Offshore Artificial Reef will be an amazing tourism driver, while also providing a benefit to thousands of keen local fishos across a range of ages.”

The artificial reef program is funded through the Recreational Fishing Trust, which is made up of recreational fishing licence fees.

The NSW Government will now undertake further detailed assessments and consult stakeholders including NSW fisheries, the Fisho Advisory Group and the community to determine the most suitable location for the reef.