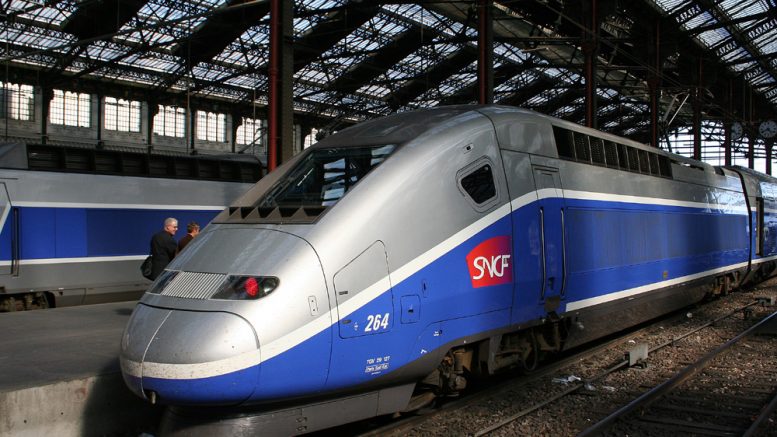 Premier Dominic Perrotet and senior Ministers of the NSW Government were in Gosford on June 11 to announce a major cash splash for the Central Coast – including an $18M investment in the new university campus in the Gosford CBD and half a billion dollar commitment to progressing fast rail in the region.

They were joined at Gosford waterfront by Parliamentary Secretary for the Central Coast, Adam Crouch, who described the joint announcement as an “historic day” for the region.

Perrottet said the two projects would broaden the Government’s vision for a Six Cities mega region (also known as a ‘sandstone’ mega region) stretching from Wollongong to Newcastle and incorporating greater Sydney as well as the Central Coast.

“Last year I announced a broadening of our vision for setting up our city and state for success – and that was the Six Cities concept,” he said.

“Previously, we had focussed on (the greater Sydney area) but we have broadened that to include Wollongong, the Central Coast and Newcastle – laying the foundations to take our state from good to great.”

Treasurer, Matt Kean, said the two projects would fast-track the Government’s investment in the Central Coast and would aim to utilise local contractors for construction work.

The $18M investment in a Gosford university campus on the old Mitre 10 site in Mann St is part of a $1B budget funding injection for key technology and innovation precincts across the state.

The multi-faculty academic and innovation facility is expected to drastically cut the numbers of students forced to leave the Central Coast to study.

Crouch said the State Government funding builds on an initial injection of $18M in Federal funding announced in 2019.

“We’ve already committed millions of dollars in making the site available and having a uni campus in Gosford means generations of young people will not have to leave the Coast to study,” he said.

“There will be courses not before offered in the region such as law and cyber security and we can’t wait to get the bunting up.”

Kean said the project would ensure many never had to leave the region.

“Why would you want leave?” he said.

“We’re building a better future for everyone in NSW and we’re starting here on the Central Coast.”

Perrottet said the Government wanted to make sure the Central Coast is the best place to live work and raise a family and to provide the opportunity for its young people to get the best training and education possible.

Infrastructure Minister, Rob Stokes, said it was all about breathing new life into the Gosford city centre.

“Gosford had the retail life sucked out of it with the opening of major malls at Erina and Tuggerah – this is about realising its potential as one of the key cities of NSW,” he said.

He said he expected to see Gosford transformed in a similar way to Newcastle after a university presence was brought into the centre of that city.

“This is the next instalment of building a world class precinct on the Coast following the opening of the clinical research centre at Gosford Hospital,” he said.

“We expect at least 1,000 students in the next few years to help power the region.

“We always look to prefer local businesses in the construction phase and the Coast has some of the best in the country.”

Stokes said there would be “a lot more to come” in revitalising the CBD.

“We are establishing the only global level city region in Australia and the Central Coast is at the heart of it,” he said.

The $500M rail commitment will go to the first stage of the Northern Corridor, helping build two new electrified rail tracks between Tuggerah and Wyong, new platforms and station upgrades, new bridges including over the Wyong River and safeguarding future fast rail connections to the north and south, subject to agreement with the new Federal Government.

Perrottet said the Government’s Fast Rail vision could slash travel times between Sydney and Newcastle to one hour, Sydney and Gosford to 25 minutes and Sydney to Wollongong to just 45 minutes.

“We’re committed to a rail network that helps shape our State’s growth for the next century, starting with improvements to cut delays and lay the foundations for making faster travel times a reality,” he said.

“We’re backing our vision of slashing travel times (to and from the Central Coast) with half a billion dollars to make it a reality.”

Kean said the project would help transform NSW, with the project to create tens of thousands of jobs and significantly boost the Central Coast economy.

“These infrastructure improvements have enormous productivity benefits for the whole community and pave the way for further investment down the track,” he said.

“It is our biggest single investment ever (in developing a) fast rail strategy along the entire eastern seaboard and it starts right here on the Coast.

“It might be a modest start but it’s the first step and Rome wasn’t built in a day.”

Crouch said the investment will make journeys to and from our region faster and easier for Central Coast commuters.

“This is in addition to the $300 million investment in the state-of-the-art rail maintenance yard in Kangy Angy, which has helped create over 90 full time jobs for Central Coast locals,” he said.

The commitment is conditional on $500M in matched funding from the Federal Government which was announced by Prime Minister Anthony Albanese prior to the federal election.

Site investigations as part of the project are scheduled to commence before the end of the year.

2 Comments on "Big boost for Coast"