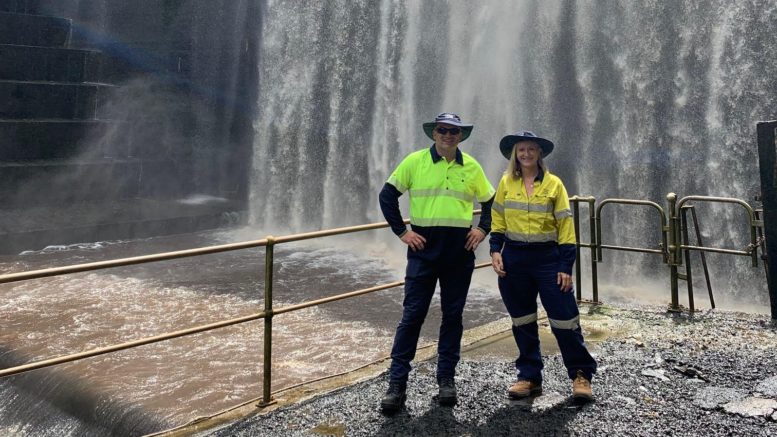 IPART’s decision on water rate rises is “quite positive”, even though the increase is less than Central Coast Council had sought, according to Director of Water and Sewer, Jamie Loader.

Loader said Council acknowledged concerns around affordability, which led to IPART’s staged rates rise plan, but felt Council’s suggestion of an immediate increase, which would go up with CPI over the years, would have provided more stability for ratepayers.

He said the amount decided upon by IPART would enable Council to complete most of the work needing to be done on water and sewer assets.

“A large part of the amount we requested (and which was denied) was actually for stormwater drainage, and IPART has directed that the stormwater drainage component should be removed from the water and sewer rates and transferred to general rates,” he said.

“From a water and sewer perspective, we got almost everything we asked for. So we have been left with a rise sufficient to maintain our water assets, improve our performance around water quality and improve the environmental impacts of sewerage overflows.

“This will allow us to provide a reliable level of service into the future.”

Loader noted Council had lost $40M a year in revenue over the past three years due to IPART’s previous ruling on water rates in 2019, which saw rates reduce.

“As a result, our water and sewer services had to be subsidised by other components of the rates community,” he said.

“With this rise , water and sewer will be able to stand on its own two feet, which is quite positive.”

Loader said working out how the new rate increases would impact individual households was complicated, exacerbated by the alignment of sewer service charges between the former Wyong and Gosford local government areas.

IPART has estimated rates for a typical household will rise $183 in the first year of the four-year staged increase. But Loader said this was a regional average, with Gosford householders probably facing a $160 rise and those in Wyong around $197 as the charges align.

With stormwater charges to be transferred from water and sewer rates to general rates, Loader said it would be for a future Council to decide if a general rates special variation needed to be sought to compensate.

He said work would need to be done before the stormwater charge was transferred.

“Not everyone is paying that stormwater charge but everyone gets the benefit,” he said.

“There is a common misunderstanding around this. It applies to the stormwater network, not individual kerb and guttering or storm water management on individual properties, so the entire community reaps the benefits.”

Loader said the rises would take water rates back to the level they were at in 2018-19, with Gosford residents paying even less than four years ago.

He applauded IPART’s demands for more transparency via yearly reports on water and sewer initiatives.

“We are more than happy to have that accountability and publish our performance,” he said.

“IPART has given this badly run Council pretty much everything it asked for, thereby rewarding poor management and failing to protect customers from monopoly pricing,” he said.

“This will cause considerable hardship to a community already facing cost-of-living pressures.”

“The Council Administrator and CEO have done little to improve Council’s underlying problems in management, culture, and productivity. That’s why Council services deteriorated last year despite the significant increase in general rates.

“It would be naïve to expect this massive increase in water rates to bring about a commensurate improvement in the water service.

“Residents are fed up paying more for worse services whilst being given no say in the matter.”