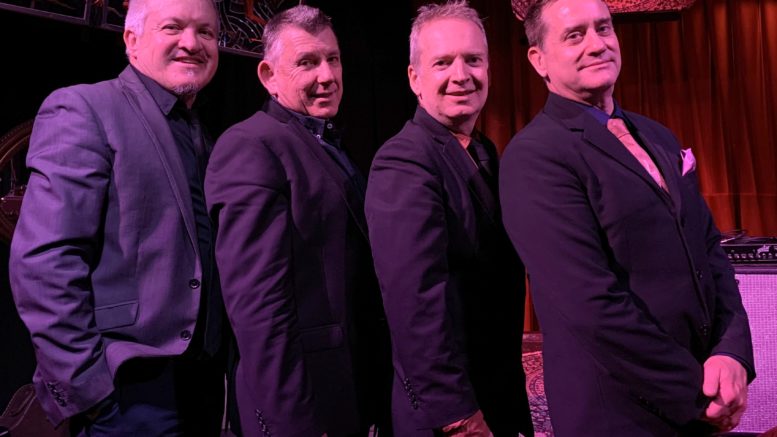 Pearl Beach Progress Association is inviting residents to Swing Into Jazz at a concert with the George Washingmachine Quartet on May 14.

With Washingmachine on violin/vocal, Jim Pennell on guitar, Brendan Clarke on double bass and Andrew Dickeson on drums, the band has toured internationally and appeared at jazz festivals nationwide for more than 20 years.

“George has been involved in the entertainment industry since last century,” spokesperson Lynne Lillico said.

“He has worked in television, theatre and film.

“His greatest pleasure though in travelling around Australia and various parts of the world is playing music and making art.

“Jim Pennell has a background in classical guitar, traditional jazz, swingin’ jazz, Brazilian and South American guitar styles, gypsy jazz and big band and he has worked with many Australian big bands.

“Brendan Clarke is one of the busiest double bassists on the jazz scene and is known for his sublime sense of swing and Andrew Dickson is a drummer, educator and band leader who works professionally in both classical and jazz settings.”

Lillico said the band has selected a terrific range of tunes penned by some of the world’s greatest composers for the concert.

“The arrangements are free-wheeling and give each member a chance to show off their considerable skills,” she said.

Swing Into Jazz will be held at 7.30pm on May 14 at the Pearl Beach Memorial hall, with all proceeds going towards community projects and hall upkeep.