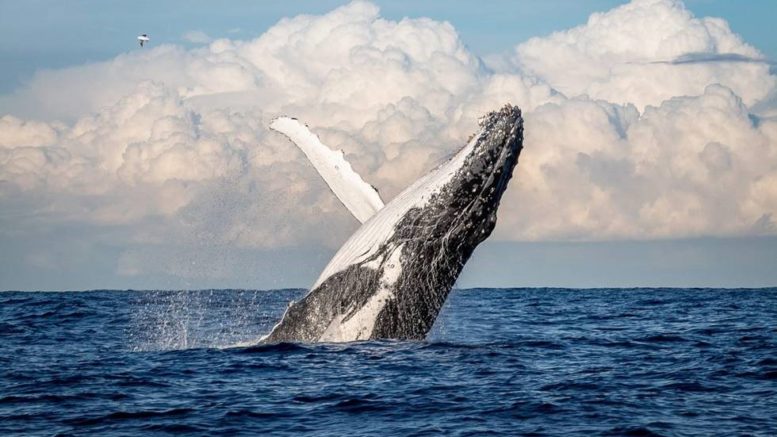 Whale watchers will be on high alert in coming weeks with sightings off the Coast picking up as the annual migration from Antarctica to warmer northern waters continues and the Central Coast Dolphin Project (CCDP) gears up to conduct the region’s first whale census.

CCDP spokesperson, Ronny Ling, said reports are starting to come through, with at least one or two sightings every day.

“Excitingly, we are seeing not just humpbacks, but also some minke whales pass by,” Ling said.

“If you have the patience to watch regularly you will be rewarded. Pods of dolphins are also coming through at the moment – a large pod was spotted off Wamberal on May 16.”

Ling said the dolphin action was less about mating than socialising, fuelled by large schools of fish in the region’s waters.

“And around 10 seals are sitting around the area too. They’ve been spotted at Barrenjoey, Terrigal and Norah Head,” he said.

“This is the greatest time of year to get out there and really take a look at what nature has to offer.”

Best spots on the Coast for whale watching include The Skillion at Terrigal, Captain Cook lookout at Copacabana, Cromarty Hill at Forresters Beach, Crackneck Lookout, Norah Head and Wybung Head.

Ling said the concept was for people to contribute to citizen science by observing local whale migration and behaviours.

“We would love as many people as possible to be out watching whales from one of the many vantage spots along the Central Coast,” he said.

“It’s a great opportunity for the whole family to be involved. We appreciate any reports that come in, whether people can spare half an hour or a full day.

“The best part is, it is absolutely free to participate.”

Text or call 0490 401 969, or email centralcoastdolphins@gmail.com for details and to get a sighting record sheet.

Minister for Environment, James Griffin, said about 40,000 humpback whales would undertake one of the longest journeys of any animal species.

“After declining to an estimated few hundred whales in the early 1960s, the recovery of the humpback whale population is a great conservation success story and one we can all be proud of as we enjoy watching these majestic creatures make their way up the coast,” he said.”

Whales cover about 10,000km during their annual round trip from Antarctic waters, at a migratory speed of about 6km/h.

Most of the whales that travel past the Central Coast are humpbacks, but southern right whales, dwarf minke whales, tropical whales and even blue whales can sometimes be seen.