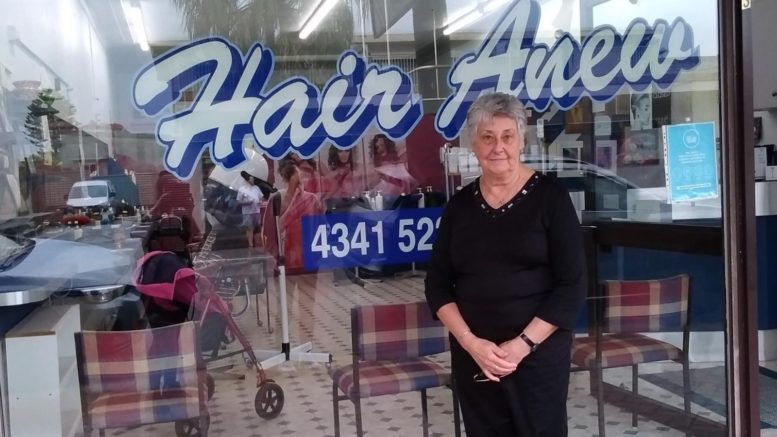 Sharon Clarke is closing the salon doors after 30 years

After almost 55 years as a hairdresser and 30 years owning and running Hair Anew at Umina Beach, Sharon Clarke will close the salon doors for the last time on May 28.

“I started in the business when I was 15 and opened Hair Anew in September, 1991,” Clarke said.

“But I turn 70 in September and my body is telling me to call it a day.

“Retirement is going to be very different, but it’s time.”

Serving a mostly older clientele, Clarke has around 100 people on her books and said she would miss each of them.

“Hearing some of the stories of their lives has been fascinating at times.

Clarke said she had met some interesting people during her years at Hair Anew.

“One lady was born in the Netherlands and grew up in South Africa and has represented her country in quite a few sports,” she said.

“We became friends and often have afternoon tea together.

“In fact, I have made a lot of friends (at the salon); it’s really been more like an extended family than a business.”

Clarke said her clients were happy for her “but not for themselves”.

“They will miss me and I will miss them,” she said.

“We’ve had lots of laughs; it’s been like a big meeting place and many clients have become friends with each other.”

Clarke said she hoped to do a bit of travelling with husband Ross and get into her garden.

“Ross has been at me to retire for the past four years,” she said

“He’s very pleased I have made the decision.”

Clarke said the last few years of business have been difficult with COVID-19 lockdowns.

“I would have had to shut the doors sooner but for the help from the government,” she said.

“They were uncertain times.”