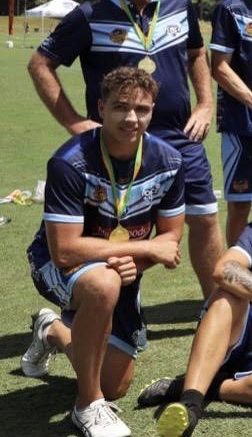 Jack Thomas, a Year 12 student at St Brigid’s Catholic College in Lake Munmorah, has been selected to represent Australia in the International Oz Tag Series.

He is one of 20 players from all around the country in the under-18s men’s team, the Australian Tagaroos.

“I first started playing Oz tag at about the age of eight at Wongarra when I played with a few fooball friends for fun,” Thomas said.

“Then I trialled for the Central Coast team in the under-11s and was lucky enough to be selected for the team.

“The international Oz tag series consists of playing many different teams which represent your heritage,” he said.

“These teams are made from Australian-based players which include our Australian team, Australian Indigenous team, Cook Islands team, New Zealand Kiwis team, Samoan team and a Lebanon team.

“I look forward to going away and representing Australia,” Thomas said.