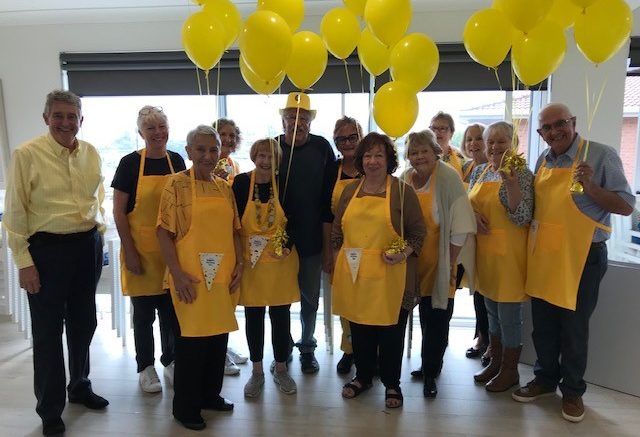 Members of the social club at The Cove, who organised the Biggest Morning Tea

The Biggest Morning Tea at The Cove at Daley’s Point on Tuesday, May 10, was a huge success in spite of heavy rain.

Resident John McLean said the event raised more than $3,500 for the Cancer Council, more than surpassing the social club’s goal of bettering last year’s tally of $2,000.

“Everybody was generous with their support and the silent auction and raffles were very well accepted,” McLean said.

“Our thanks to the local businesses for their generosity in providing the wonderful array of prizes and products.”

Be the first to comment on "Morning tea raises $3,500 for Cancer Council"