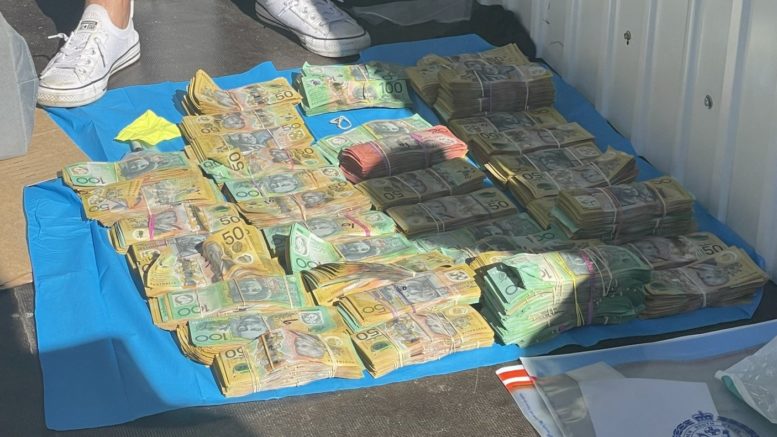 Investigators attached to Taskforce Erebus executed five search warrants on the Central Coast on May 18, arresting a man and seizing almost $900,000 in cash, believed to be the proceeds of crime.

Criminal Groups Squad detectives searched several storage units at Woy Woy, then a home at Umina, from 9am.

A 37-year-old man was arrested while allegedly attempting to flee the Umina home and taken to Gosford Police Station.

A short time later, detectives located $338,000 in cash at the home, before returning to the storage facility and seizing a further $556,000 and additional sums of foreign currency.

The man – who is a UK National – has since been charged with entering enclosed land not prescribed premises without lawful excuse, and knowingly dealing with proceeds of crime.

He was refused bail to appear at Gosford Local Court today May 19.

Anyone with information that may assist Taskforce Erebus investigators is urged to contact Crime Stoppers on 1800 333 000 or https://nsw.crimestoppers.com.au.