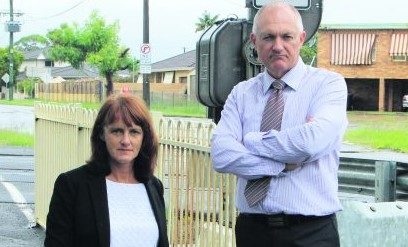 Labor MPs on the Central Coast are urging the State Government to adopt the recent Report on the Review of Grants Administration in NSW.

Premier Dominic Perrottet last week welcomed the report, which made 19 recommendations, and said these would be carefully considered with a response from the Government forthcoming.

The review, led by the Department of Premier and Cabinet in partnership with Productivity Commissioner, Peter Achterstraat, was tasked with reviewing the administration of NSW Government grants to ensure they deliver value for public money and adopt key principles of transparency, accountability and probity.

The review followed criticisms that grants, from sports to flood recovery, had been distributed to Coalition-held electorates at the expense of seats held by Labor.

“Grants are a significant part of the way the Government supports communities and individuals – from COVID responses to sports fields, flood recovery (and) small business assistance. It is an important way we work to deliver outcomes for the people of NSW,” Perrottet said.

“But all grants are ultimately funded by public money, and so it’s critical we also make sure they are administered fairly, effectively and transparently.”

“It is clear a fairer and more accountable method to the grants process is needed urgently,” she said. “I am calling on the Government to adopt the recommendations in the report ahead of any new grants being decided.

“Further, the report highlights the need for the Government to back Labor’s Bill, which includes the introduction of reporting requirements on ministers and agencies, enabling powers for the Auditor-General to follow through the money on grants, and introducing new guidelines.”

Tesch said the Government had been using taxpayer money to win votes, and Labor electorates were “sick and tired of missing out”.

The review’s 19 recommendations focus on making the grants approval process more transparent and include the development of a cross-agency “community of practice” convened by the Department of the Premier and Cabinet to develop grants administration skills and expertise among officials.

Another recommendation suggests that when establishing a new grant, officials must identify and document roles and responsibilities, including who is responsible for assessing applications and making recommendations and who is the designated decision-maker.

“Where a method other than a competitive, merit-based selection process is planned to be used, officials must document the reasons why a different approach has been chosen and outline the risk mitigation strategies. This must be approved by the responsible minister or delegate,” the review recommends.

It recommends officials should document any input from ministers and members of parliament at all stages of the process and how any such input was considered in formulating funding recommendations.

It also says any recommendations made by assessment teams should be in writing.