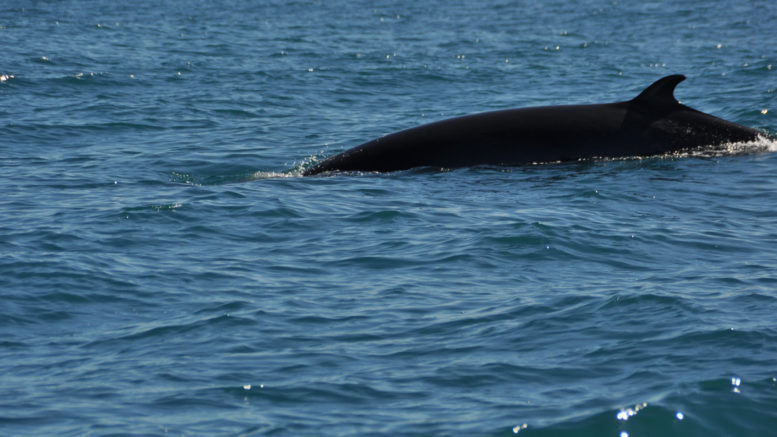 A minke whale. One was spotted off the Central Coast on May 2, 2022. Image: Creative Commons

The first whales of the northern migration season have been spotted by members of the Central Coast-based Dolphin Project on Monday, May 2.

“Minke whales are a lot smaller than humpbacks Their blows aren’t as big and they’re not as visible on the surface of the water as humpbacks are so a lot of people miss these animals,” Ling said.

Ling said in an interview with CCN that he expects up to 40,000 humpback whales to migrate along the coast this year, nearly back to numbers estimated during the pre-whaling period in the early 1800s.

“It’s the time of year people need to dust off those binoculars and start looking at some of the best vantage points for whale watching on the east coast,” he said.

Norah Head and Soldiers Beach in the north of the region and Captain Cook lookout at Copacabana in the south are accessible and popular places to view whales throughout the northern migration, which will take place over the next 10 weeks.

The Dolphin Project is growing in popularity as locals have been increasingly interested in keeping a lookout for whales and other marine animals.

Populations of these iconic marine mammals have been slowly rebounding since hunting them was banned several decades ago.