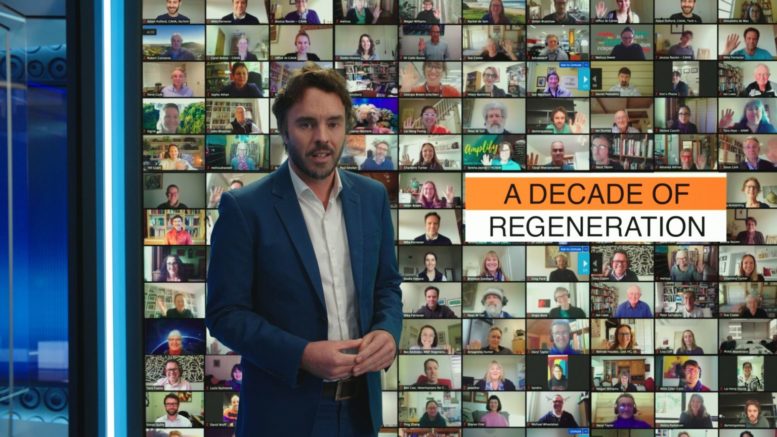 The 17-minute short film Regenerating Australia will be screened at 4pm at the Pearl Beach Memorial Community Hall, followed by a discussion, with all welcome.

Set on New Year’s Eve 2029, a fictional news report looks back at a decade during which, the film imagines, Australia transitions to a fairer, cleaner, more community-focused economy.

Linking in with the film, WWF-Australia’s Innovate to Regenerate campaign is inviting communities and experts to bring to life the solutions in the film.

The screening will take place on World Environment Day, which has the theme Only One Earth.

That will also be the theme for the Pearl Beach Arboretum Ephemeral Art Trail, from June 11-July 17.

Admission is free but a $5 donation is requested for refreshments.