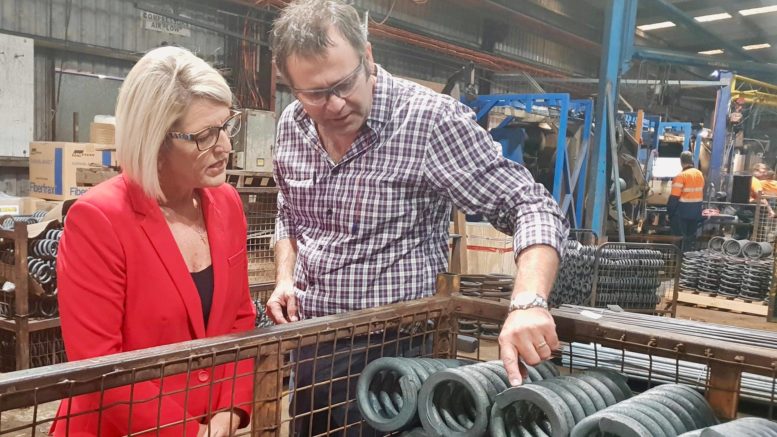 Member for Swansea, Yasmin Catley, says the battery could establish the old power station site as a manufacturing hub

Member for Swansea and Shadow Minister for the Hunter, Yasmin Catley, is calling on the NSW Government to install the state’s new super battery at the old Munmorah power station site.

“The NSW Treasurer is the sole stakeholder in the former Munmorah power station site, which was retired by Delta Electricity in 2012, before the station was demolished in 2017,” Catley said.

“The site has since remained unused.

“After the announced closure of the Eraring power station, the NSW Government committed to building the 700MW Waratah Super Battery.

“Treasurer Matt Kean described the super battery as the ‘largest network battery in the Southern Hemisphere’.”

Catley said the Government has called for expressions of interest in the project by potential battery developers and site locations and she has written to the Treasurer and Energy Minister urging them to locate the battery at the old Munmorah site.

“The Munmorah power station site would be the ideal location for the Waratah Super Battery, with much of the necessary infrastructure in place,” she said.

“The battery would take advantage of the Hunter-Central Coast Renewable Energy Zone, which has received over $100B in investor interest and will be the beating heart of our new clean energy economy.

“This battery would not only create jobs during construction but would provide 10-14 ongoing jobs.

“The battery would help turbo-charge the potential of the site for not just renewable energy but as a manufacturing precinct.

“We want to see the Government investing in good paying, secure jobs right here on the Coast.”