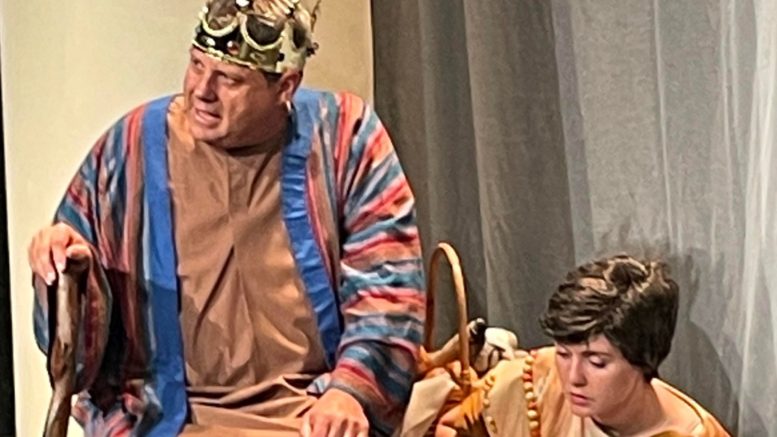 It’s set to be bigger than – well, bigger than BenHur! After two years of Zoom rehearsals, three date changes and other minor obstacles, Ben Hur is finally set to go on stage for a three-week season from May 27.

The Woy Woy Little Theatre production has literally been years in the making, with COVID-19 restrictions constantly forcing cancellations.

But now lockdowns have ended, the actors are ready, and audiences are in for a treat at the Peninsula theatre.

You might wonder what could possibly be funny about a stage version of a 900-page 19th-century Biblical epic novel that was the subject of one of Charlton Heston’s best-known films.

But the comic adaption by Patrick Barlow, who also wrote The 39 Steps, is a perfect light-hearted piece for theatre-starved audiences.

The Jewish prince from Jerusalem is wrongfully accused of murder, enslaved by the Romans, and ultimately redeemed by becoming a compassionate Christian.

Session details and bookings are available on the WWLT website.

All bookings must be made online, with full refunds available should another COVID-19 crisis occur.