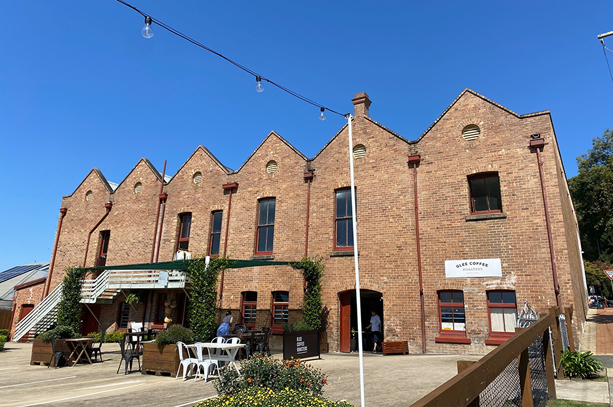 Wyong, Long Jetty and Woy Woy have made it to the finals in the 2022 NSW Top Tourism Town Awards.

The awards were established by the NSW Tourism Industry Council to give communities an opportunity to showcase their towns, to say why they were special and unique and to encourage tourism development.

A spokesperson for Destination Central Coast said it was incredibly proud of these three finalist towns.

“These awards celebrate the unwavering spirit of communities and showcases the true value of tourism and the visitor economy.”

The three Central Coast towns are finalists in the category of Top Tourism Town of more than 5,000 residents and are up against some strong competition from Bathurst, Coffs Harbour, Gunnedah, Moama, Mudgee, Newcastle, Orange, Tamworth, Tweed Heads and Ulladulla.

NSW Tourism Industry Council Executive Manager, Greg Binskin, said the awards were all about community and business coming together to showcase their town as a leading NSW tourism destination highlighting those special places, cultural attractions and the all-important locally-produced food and beverages driving the visitor economy.

“Regional towns are critical to achieving the State’s ambitions as a visitor destination and the efforts these towns have made in support of their local economies, in the face of significant and ongoing challenges, is inspiring.”

Wyong was seen as the gateway to the coastal hinterland with its festivals, local farmers’ markets, restauranteurs who champion paddock to plate and the rural lifestyle of the Central Coast.

It’s also seen as a ‘heritage town’, featuring the Wyong Heritage Walk, the Milk Factory, the Chapman Building and the Alison Homestead, which was the first in the 1820s, and now home to Wyong District Museum and Historical Society, a men’s shed, plant nursery, barbecue picnics and a popular spot for weddings and functions.

Long Jetty, on the other hand, has had a cultural rebirth in recent years and is now affectionately known as the “Newtown of the Central Coast” with its hip cafes, vintage and modern boutiques, quirky shops and gallery spaces showcasing talented creatives that now call Long Jetty home.

It is home to the longest jetty in NSW at 351m, which inspired the town’s name, as well as two others – Parry’s Jetty and Watkin’s Jetty – all popular with photographers, particularly at sunset.

Now it’s time for community members to cast their vote with voting open until 5pm on Wednesday, April 27.

Winners will be announced at the Local Government NSW Destination and Visitor Economy Conference, May 17 to 19, and winners in each category will go on to represent NSW at Australia’s Top Tourism Town Awards to be held later in the year.