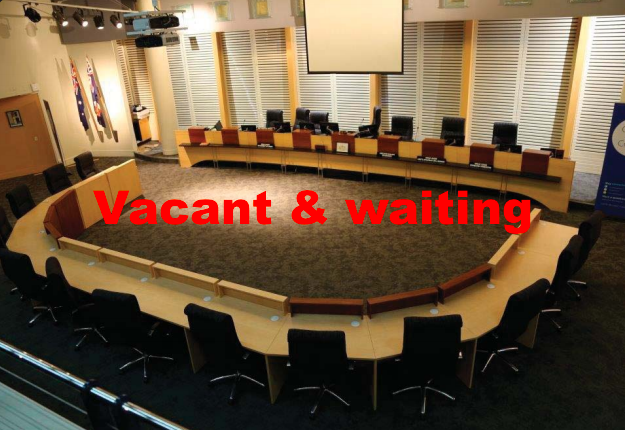 Members of a variety of advisory committees have spoken out in anger and frustration at Central Coast Council’s decision to “pause” the committees and a former Councillor has called it the death of democracy on the Coast.

The Council has a dozen advisory groups which have traditionally worked with Council to provide both free professional advice and community input from topics such as water management, heritage issues, companion animals, playgroups, women’s issues, social inclusion and pedestrian and mobility issues.

The Council decided in February to review its advisory groups and their terms of reference and, last week, the groups received emails from Council advising of a pause with no time frame included.

A source from the Status of Women’s Advisory Group (SOWAG) says volunteer community representatives who spend countless hours and share their skills, knowledge and networks are being treated with disdain.

Less than a month ago SOWAG facilitated an invitation only forum to recognise International Women’s Day (IWD) with Administrator Rick Hart giving a welcome.

The forum was held online and involved about 30 women from the community.

“The aim was for them to be a voice to Council on a number of topics,” a source said.

Within a week, two staff members who were going to write up a report on what was discussed at the forum resigned.

Now, all committees have received advice of their suspension.

A Council staffer sent out a clarifying email on the practical implications for SOWAG.

“Effectively the actions of the Advisory Groups have been placed on hold – not just meetings.

“Given that reality we will pause any follow-up from the IWD Forum for now until the review is finalised.”

The source said what made the whole thing more annoying was that only two months ago, the committee had welcomed three new community representatives to the committee in good faith.

They were expecting to be part of something of value not only to the community but to Council.

Some committees have had recent meetings cancelled as staff were tied up with disaster responses to the flood events.

Other committees such as the animal companion advisory committee has not met since the middle of last year.

A member of the Coastal Open Space System (COSS) committee said community representatives had been banging their heads against a brick wall trying to get some action on COSS land.

“We noted land that has been sold off even though it was bought for environmental purposes,” the source said.

“All questions we have are usually put on notice or not really answered satisfactorily.

“The administrator has never met with us despite requests and now we have been told the committee is temporarily suspended.”

These requests included identifying some existing conservation reserves in the former Wyong LGA to be considered for trial under the COSS branding and to identify likely tasks required in order to proceed with such a project.

The committee also wanted staff to provide a presentation at a future meeting on the way Council property sale negotiations were carried out and possible new ways of thinking for Council negotiating on land that had high environmental values.

Meanwhile CCN has asked Council for clarification on the status of the Mangrove Mountain Landfill and Spencer Illegal Dumping Advisory Committee (MMASAC) which has not met since the commencement of legal proceedings by Council in the NSW Land and Environment Court.

“On two occasions, community members of this committee have requested a meeting to discuss the situation at Spencer (outcome of EPA prosecutions for illegal dumping, the effect of flooding on illegal dump sites) but these request were declined by Council,” a source said.

The source said Administrator Rik Hart and CEO David Farmer have agreed to discuss the effect of the complex 136-page judgement for a total of 30 minutes.

Council has not confirmed if the meeting will go ahead.

The Audit, Risk and Improvement Committee is not suspended as it is a mandatory committee under State legislation.

Council told Coast News that a report would go to the May meeting of the Council-under-administration.